In honor of the 2016 summer olympics, we threw a party! There was drinks flowing, games played and some bumps and bruises but when everyone started asking the next day when the next event was, we knew it needed to be an annual event. This year we revised some games, didn’t decorate as much but invested that money in crazy props and had at it. There were 20+ people between two houses (thank God for great neighbors) and I can’t even tell you how many cases of beer. 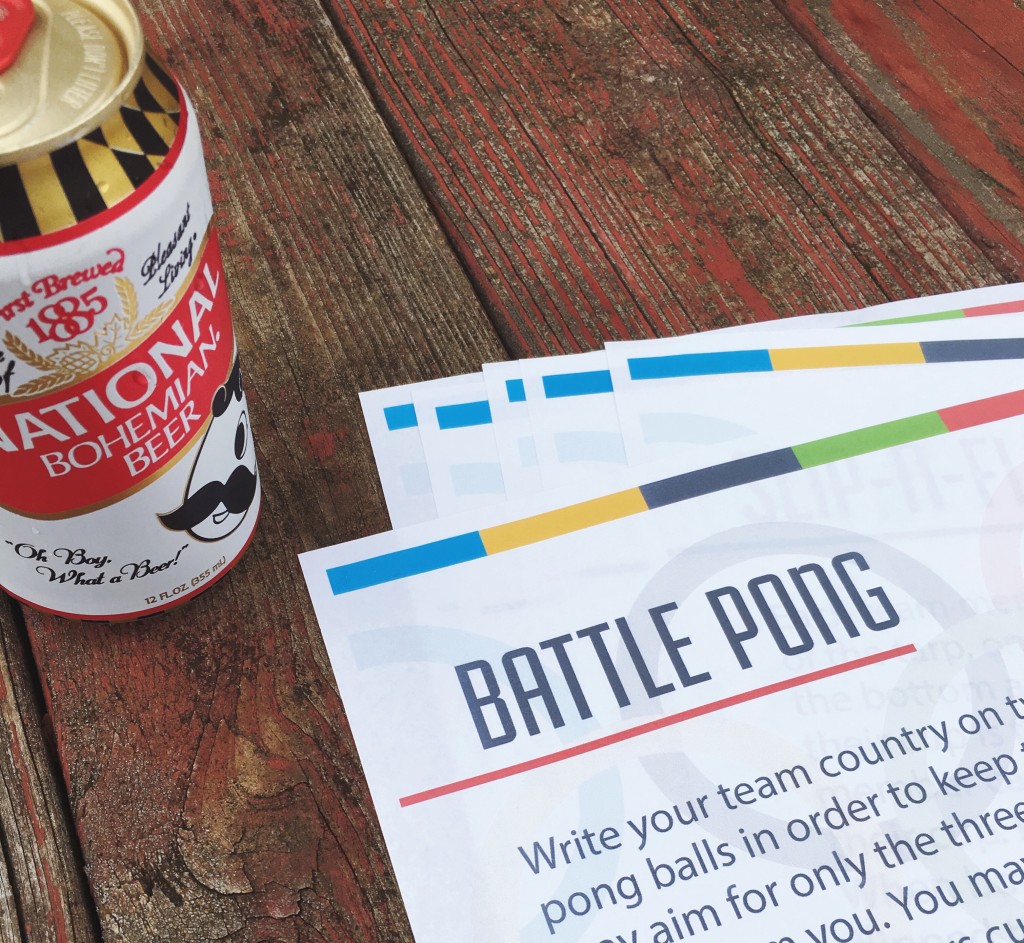 The games started with the winner from last year (America) holding the torch which consisted of Natty Bohs cans and lighter fluid. We had our opening ceremony and the games started. A quick overview of the games below. 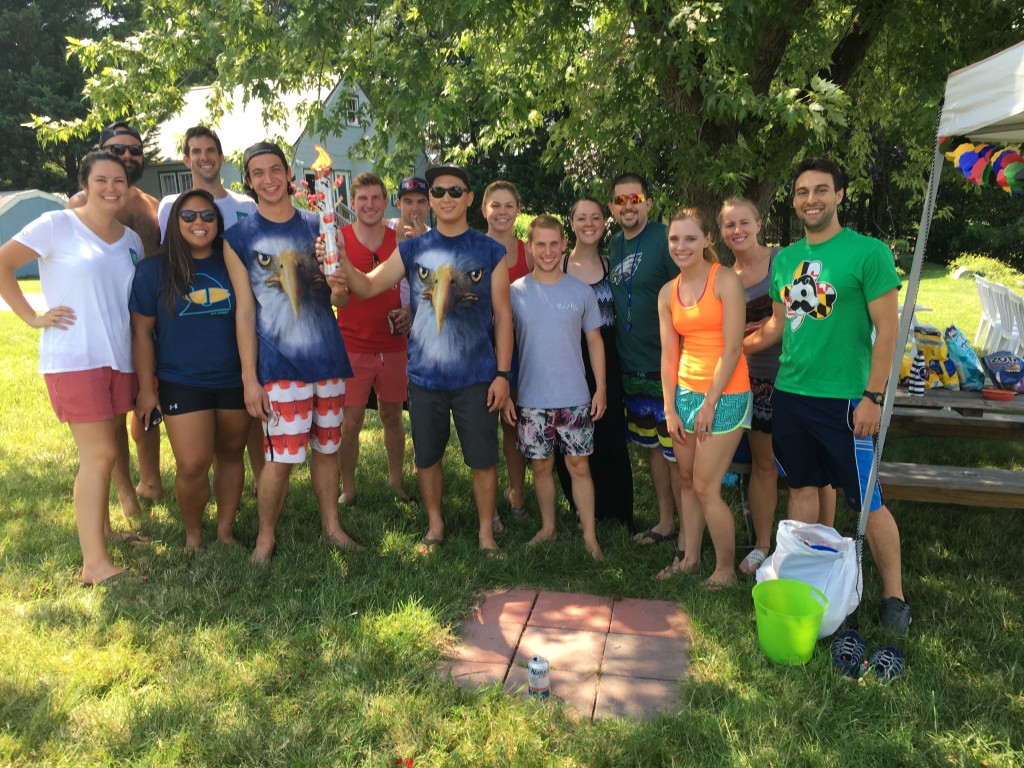 1. Beer Chug. 3 beers, 1 cup and only passing the cup back 2 times. This is harder than it may seem but the winner prevailed.
2. Beer Relay. 1 beer, 1 cup and NO spills while you relay around the house with the cup balanced on the palm of your hand.
3. Survivor Flip Cup. Every man for himself in each round until there are 2 winners. May the best flipper win! 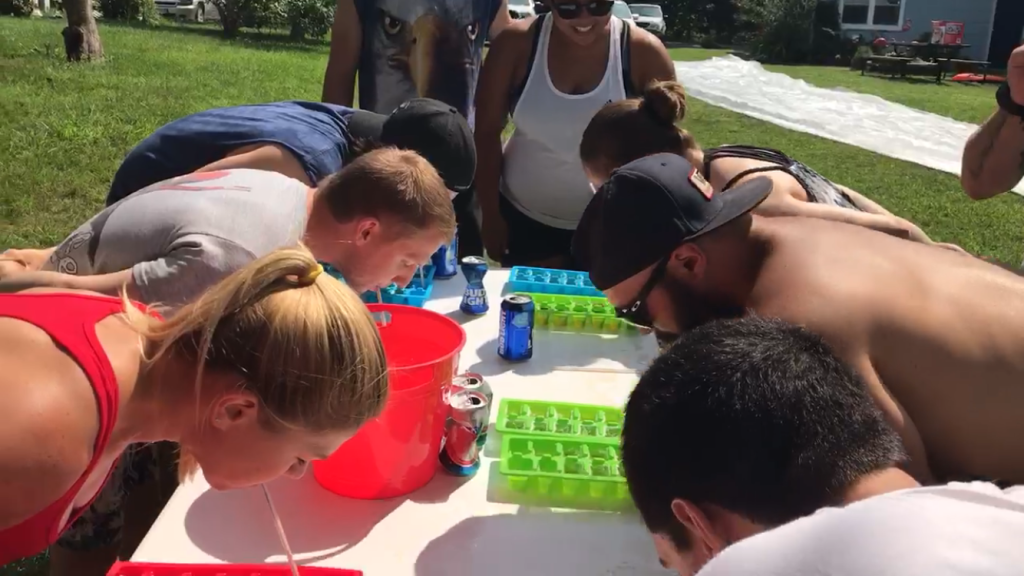 4. Ice Cube Relay. 1 ice cube tray and 1 straw with no hands
BREAK TIME
5. Beer Pong. We made a 8 team beer pong table and you could only aim for the 3 teams directly across from you. Don’t forget to chase your balls!
6. Booze Ball. 4 cans of beer and 2 ping pong balls. Stay on your toes for this one!
7. Slip & Flip. The end all be all. Slip and slide down to the flip cup table and signal for your teammate once flipped. 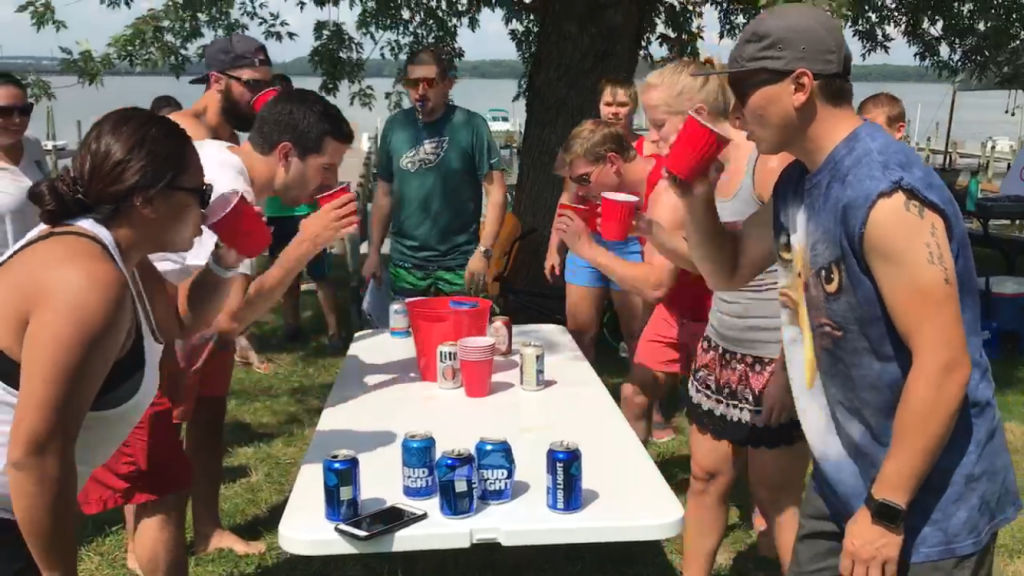 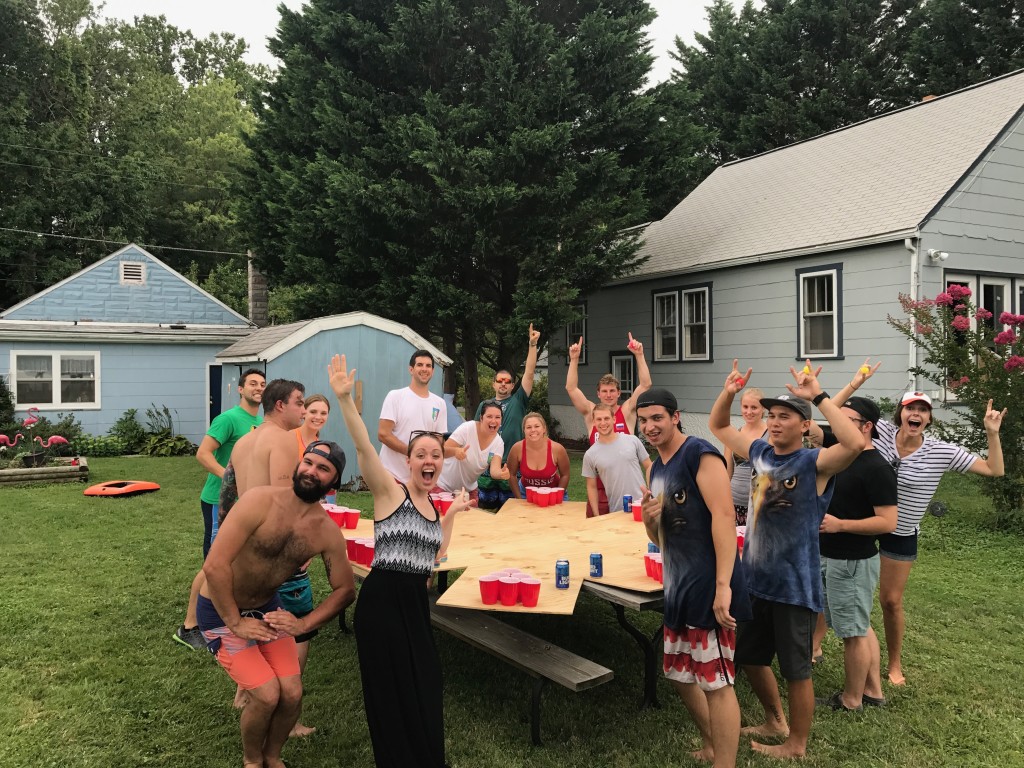 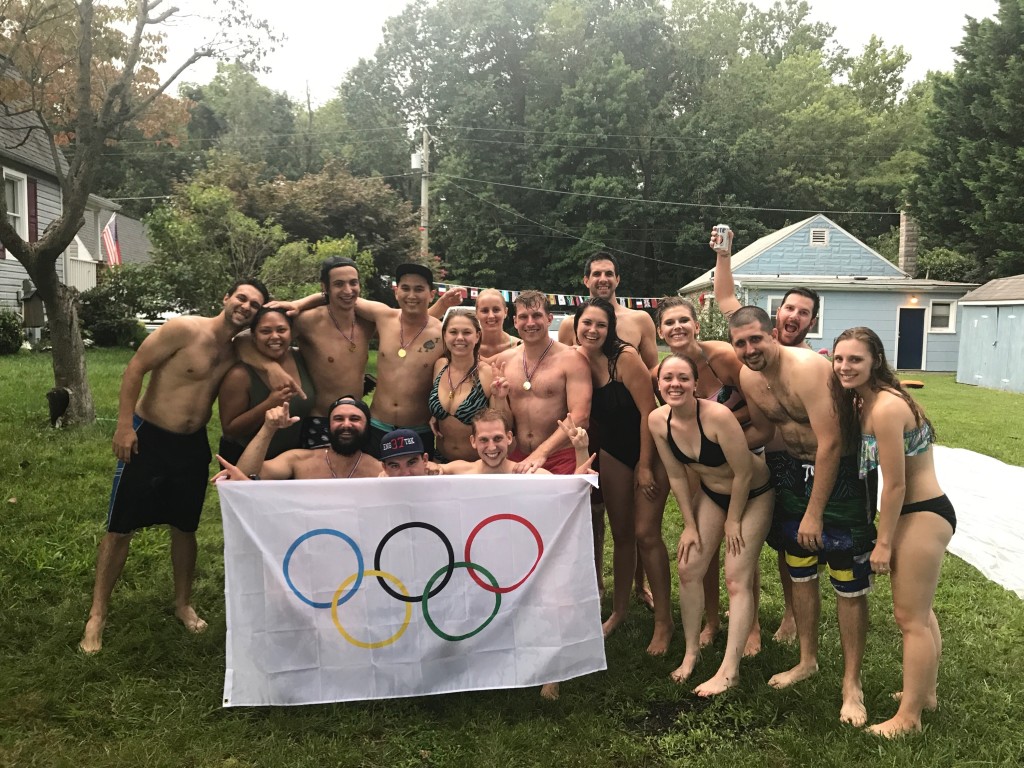 Don’t forget the jello shot between each olympic event!

Basically, the day was incredible, competitive and hilarious. How lucky are we to have such awesome friends that will partake in these crazy events with us? These are days I will never forget! Until next year…