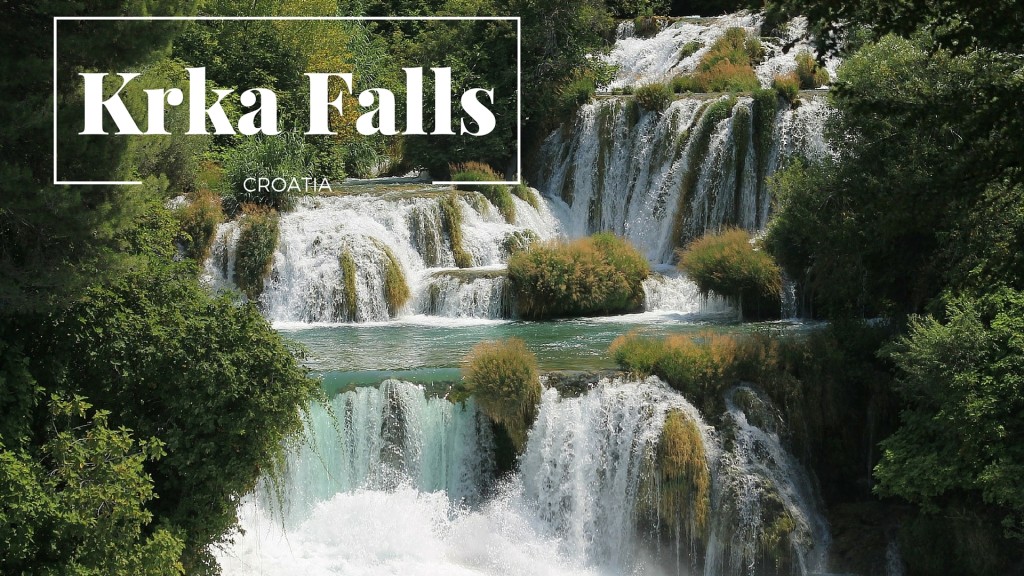 Our stop in Split, Croatia was one of the few that I had several plans for. There were so many things that I wanted to do, and it was pretty difficult deciding. I read that the city itself was unique and beautiful, but there were several other towns surrounding Split. Less than an hour away was also a beautiful UNESCO waterfall, Krka. Dave really left things to me (as he always does) when it comes to planning, so even though I told him about all of the options, he said anything was fine with him.

I decided to book transportation and a tour to the waterfalls. I had met another couple on the Cruise Critic website, and we decided to book the tour together to save money. While we were waiting outside of the ship for them, a family walked up to us and asked if we were going to Krka. This was totally random, but worked out so well. This was a family of four, and our van fit 8 people other than the driver, so we all went! We spent around 40 euro each for the day, which included transportation, water, tickets to the falls, and a great tour guide.

It was great to see different areas of Croatia while we were driving to the falls, and we were able to hear a lot about the culture itself. A previous Prime Minister once had a tunnel built and repainted 7 times in a row in order to cover up the money he was stealing from the country. He eventually got caught and was sent to jail. Did you know that the stone used to build the White House is from an island off of Croatia? I had no idea!

Once we arrived to the waterfalls, it was HOT. Just like any other day. We did think we would be a bit less sweaty because of the shade from the trees…but nope. Thankfully, we were on our way to waterfalls. 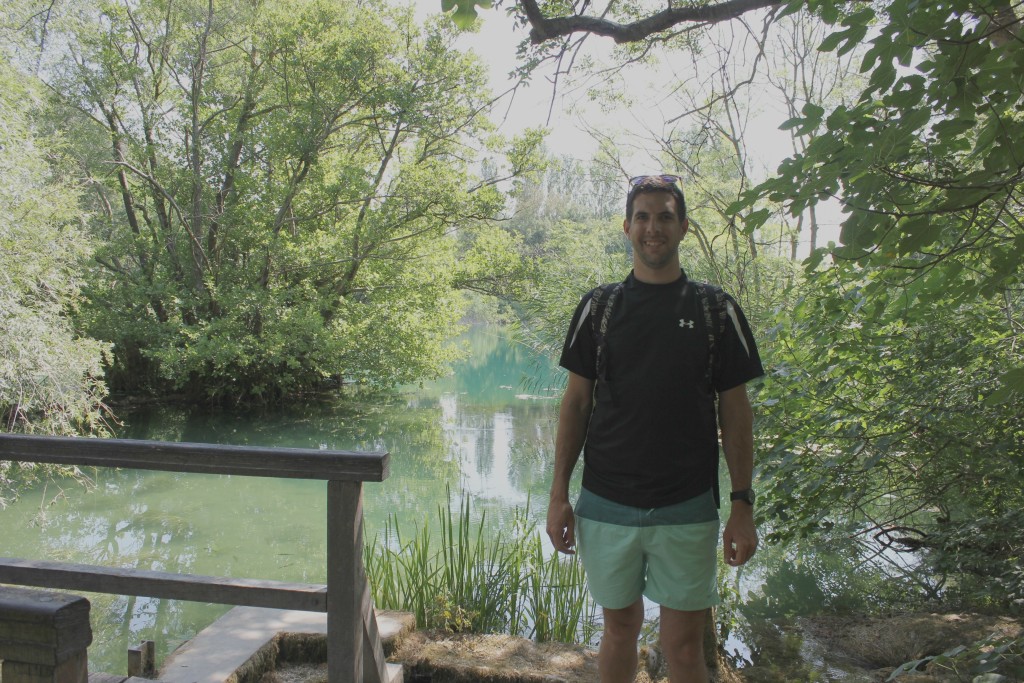 There were trails down to the falls, and they were pretty crowded. It was a great walk though, despite the amount of people. There were streams all around with different types of fish, beautiful flowers and greenery…and lots of signs for poisonous snakes…noooo problem. The fish would eat by swimming against the current, basically the were still with their mouths opening catching food. It was the craziest thing! 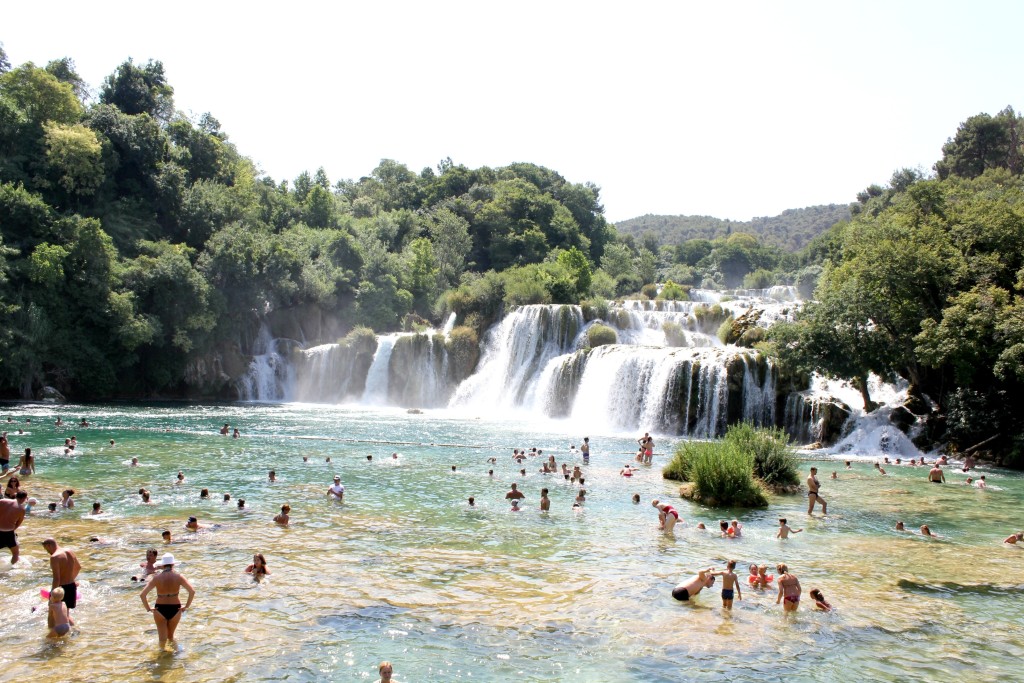 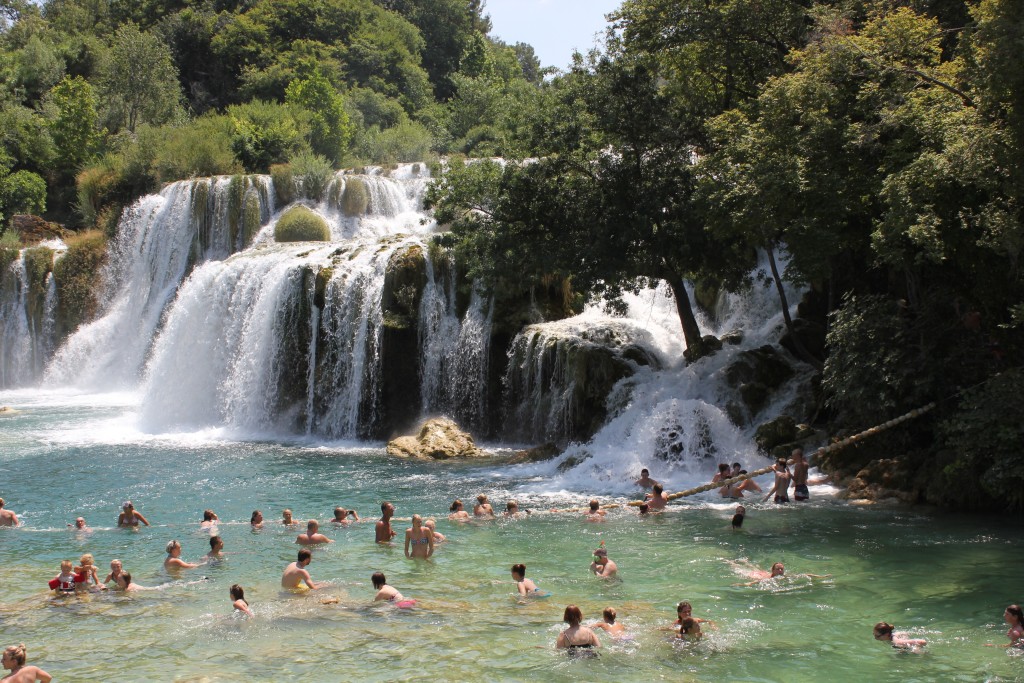 The falls were absolutely beautiful, and the water was freezing! It felt amazing after a long walk. Unfortunately, we weren’t comfortable with leaving our things alone while we swam, so Dave and I took turns swimming. It still worked out though. After we swam for a bit, we grabbed a beer and sandwich from the shops around the water. Then we got out our books and relaxed, another perfect afternoon! 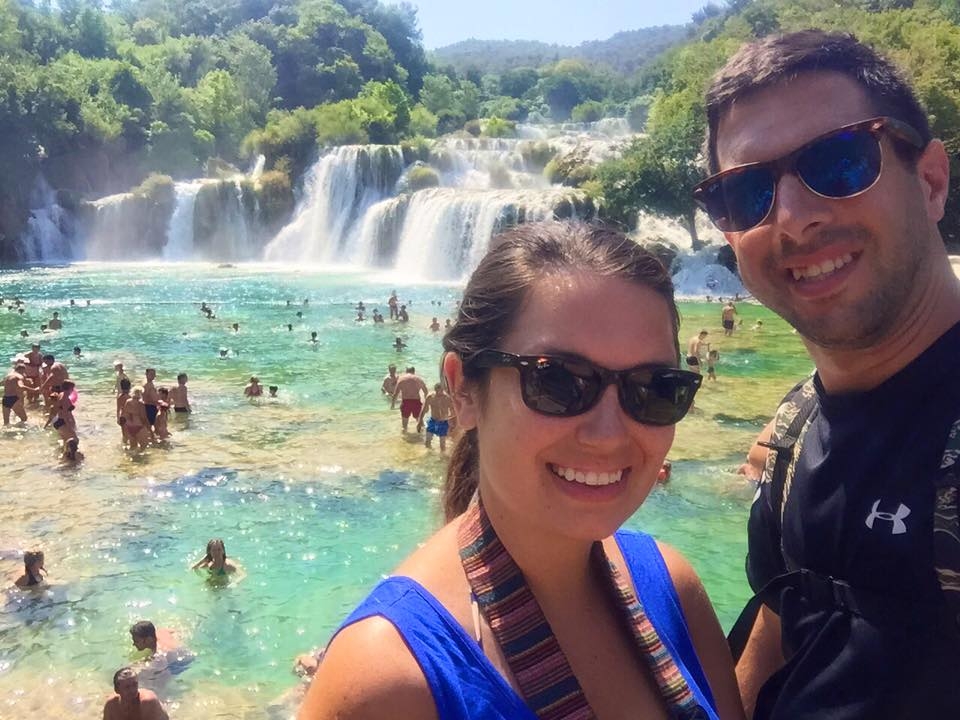 After a few hours we had to head back up the waterfalls to meet our tour guide and everyone else on our tour. The drive back through the mountains and over cliffs was so beautiful, but not something I would especially love to do again 😉 Our journey continued to a quaint, nautical town, and I will get to all of that next week! 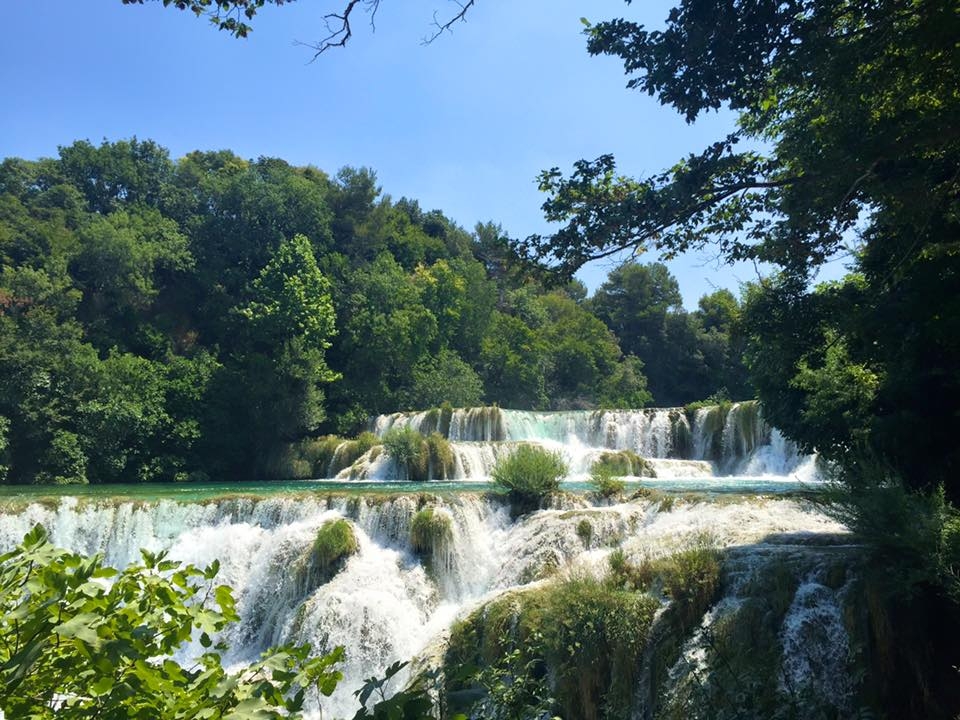 Have you ever been to Croatia, or to a water fall?