From Here To There: A Weekend In St Louis 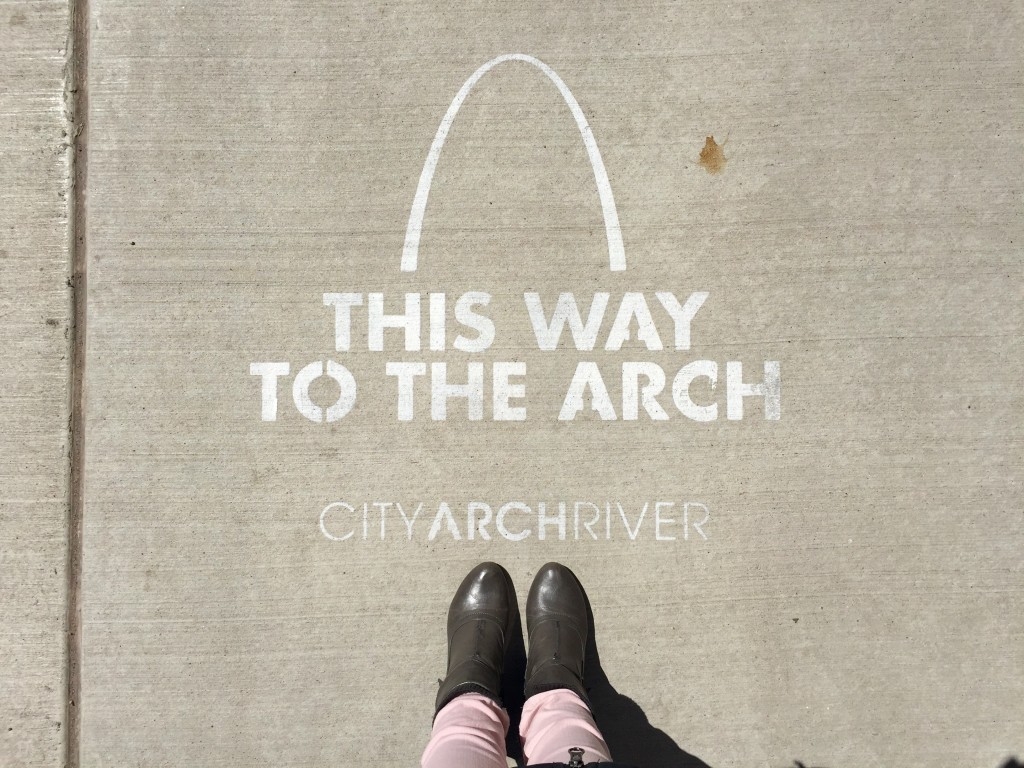 My grandmother is always saying that she can’t keep up with us, which I take as a compliment. She called me early Saturday morning to talk about something with her iPad, and said “you’re home right?” I said “no Mam, we are in St. Louis”. I could hear her shaking her head and laughing and she said “you two are always somewhere, enjoy yourselves!” I like to think that this is advice we take as literally as possible, so when the chance came to grab some flights and have a weekend in St. Louis, we jumped on it. We were only there overnight, but it was still a great getaway.

I started planning our trip and realized there wasn’t much out there in regards to what we should do or see while we were there. So I researched and yelped and Pinterested away until I had a pretty full 2 days planned out for us. Unfortunately, it rained on Sunday so some of our activities will have to wait for next time, but overall we were able to do a lot in our short time over a weekend in St Louis.

We arrived before 10am and our first attraction was the Gateway Arch. We took the metro into downtown and went to our hotel to see if they could hold our bags, and they actually let us check-in! I was surprised since check-in wasn’t officially for another 5+ hours. We stayed at The Magnolia Hotel and if you follow me on social media you may have noticed that I am obsessed. It was gorgeous and our room was incredible, I can’t wait to get to the post about this hotel. 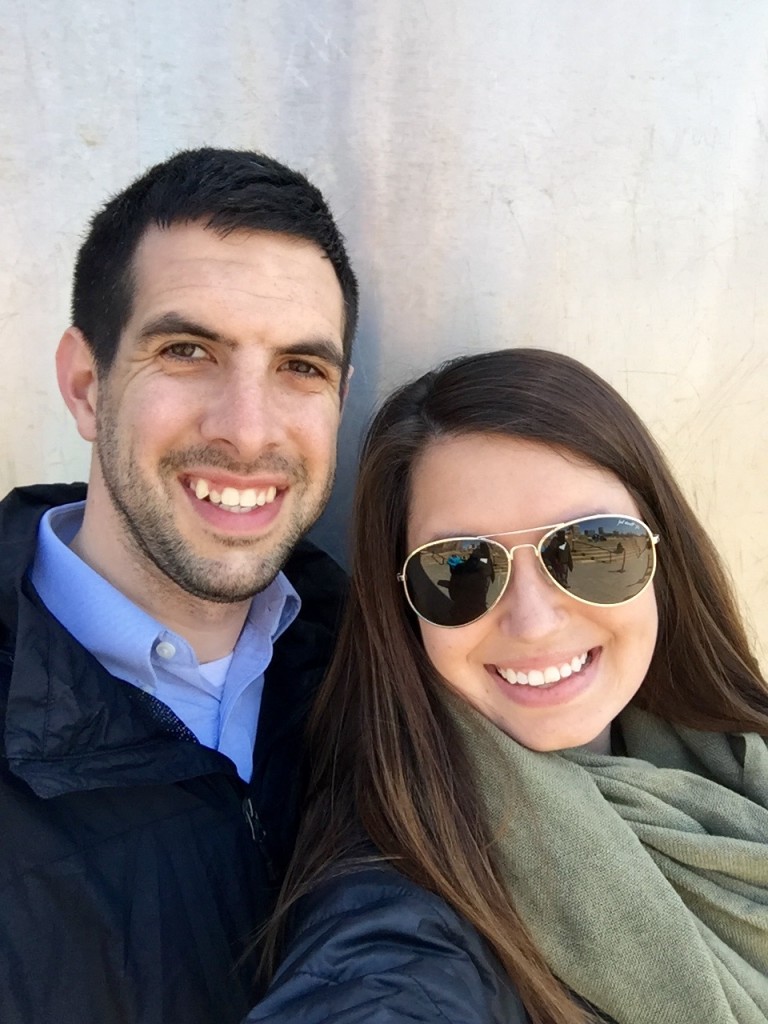 photo with the Arch!

Once we dropped off our things we made our way to the Gateway arch. We were about a 7 minute walk away, and there were painted arches along the sidewalk to lead us there. The area around the arch is being renovated, so everything was dirt instead of grass. This was a little disappointing, but the plans for the new area look amazing, it would be nice to go back when it is completed. The arch itself was really cool to see up close and from the top, although it was a scary ride up, it was worth it. But I’ll get to that in a later post. 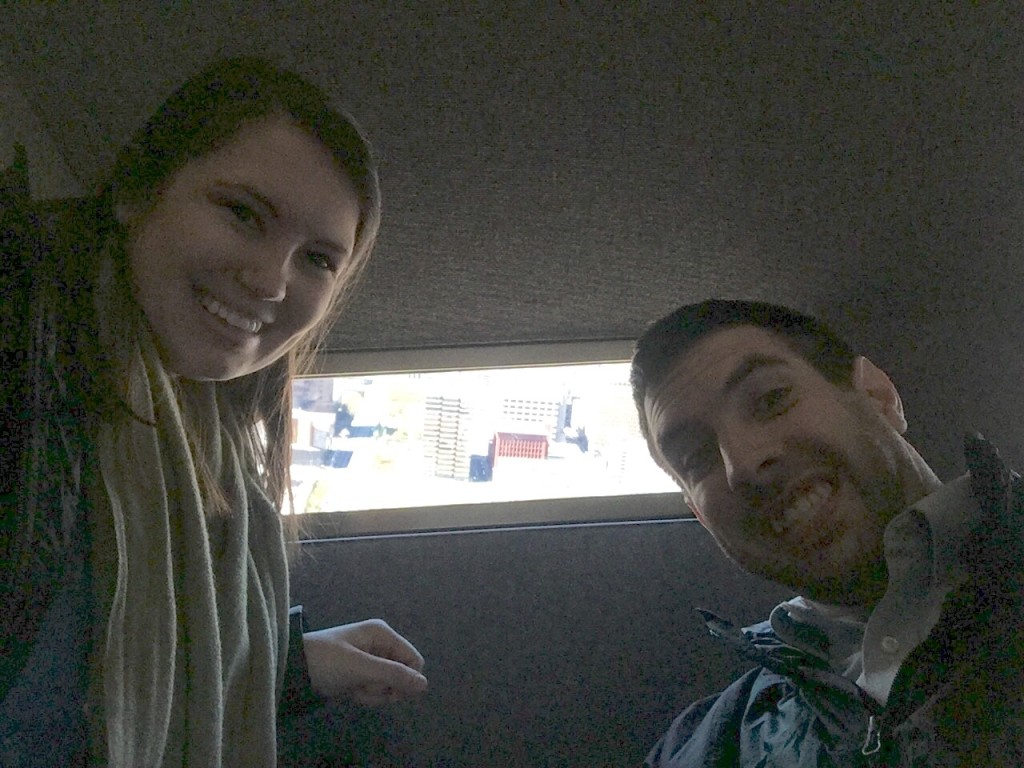 the teeny tiny windows from the observation deck

I was getting some amazing photos, until I realized that with every shutter sound, something flashed across the screen that said “no card” UGH what?! How could I forgot to put a card into the camera. Thankfully, I could retake some of them on my phone, and our hotel was on the way to our next destination so I could grab the SD card. After the arch we toured the courthouse and then headed to lunch.

We had lunch at an awesome bar called Handlebar in The Grove, and tried some local beers. After lunch we grabbed an Uber and went to Forest Park. Talk about an incredible park! This place had it all- museums, a zoo, several ponds and small lakes, beautiful bridges, Worlds Fair pavilions, and so much more. The best part is that it’s all FREE! The park was a little outside of the city, but it was larger than Central Park, I wish we could have had an entire day there! 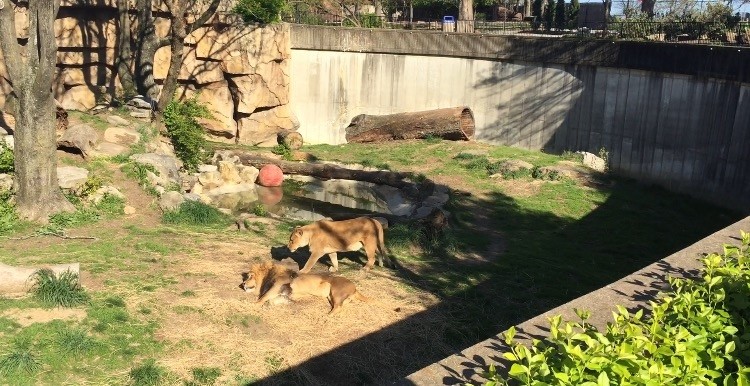 After walking around for hours, we were starving and Fitz’s Bottling Co was on our list. This place was awesome and deserves it’s own post- so keep an eye out for that. As terrible as it is, we love soda, so a microbrewery for soda was necessary. In day-to-day life we rarely drink soda, so we felt it was okay for being on vacation ? I had heard great things about a place called Cheese-Ology, which was our next stop and then I found out that it was CLOSED. Cue the sobs. I really wanted some gourmet mac and cheese.

After a busy day we called it an early night, and started the next day with a brewery tour of the Anhauser Busch Brewery. This tour was awesome, and also free. I would have loved to do a paid tour that went more in-depth into the process, but I didn’t know what to expect before hand and they were sold out day-of. Next time! We spent the rest of the day wandering around to places like Union Station, which was mostly closed for construction, took the metro over to Illinois so Dave could say he has been there, and then explored more of the area around The Magnolia Hotel. 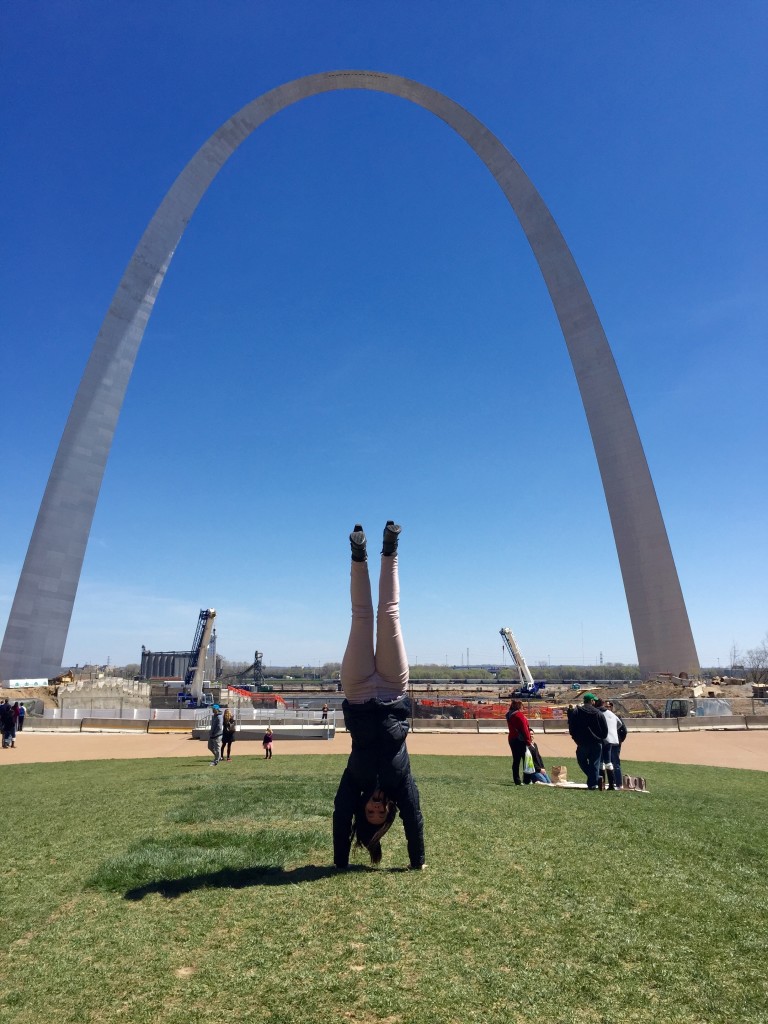 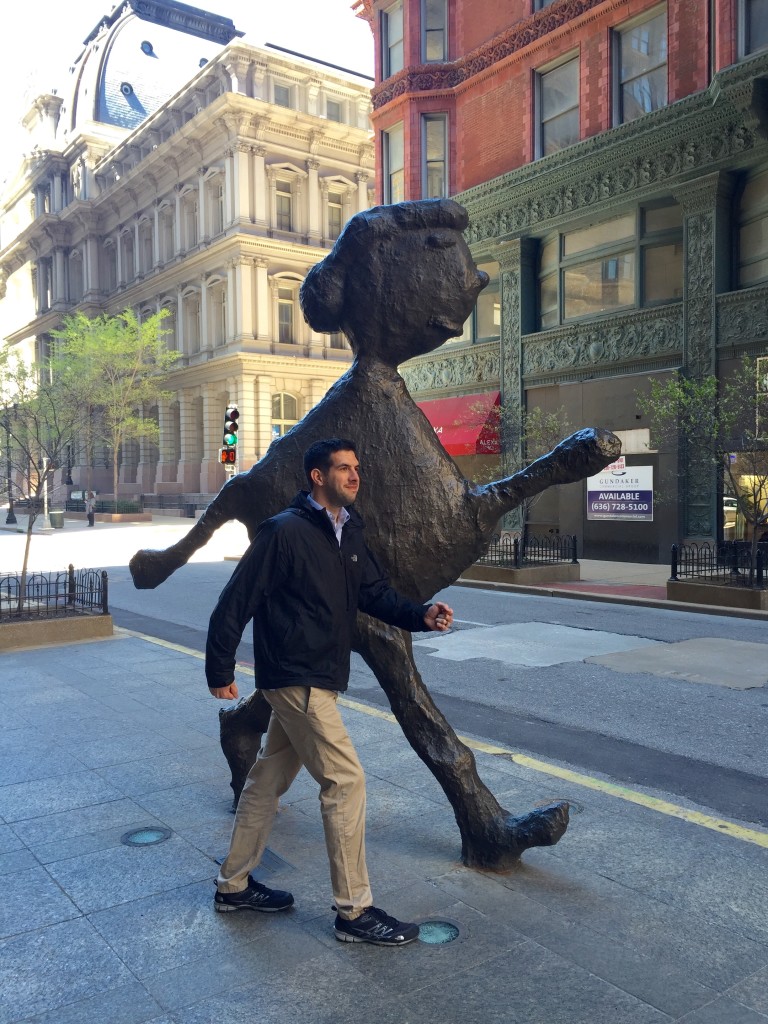 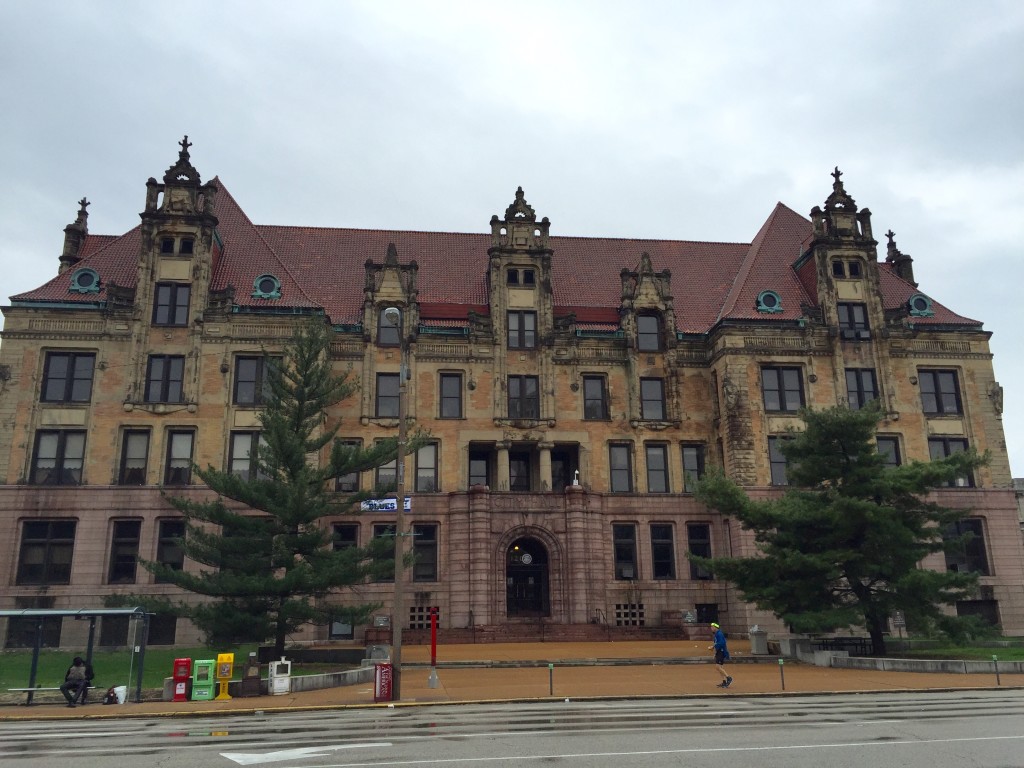 the most beautiful City Hall 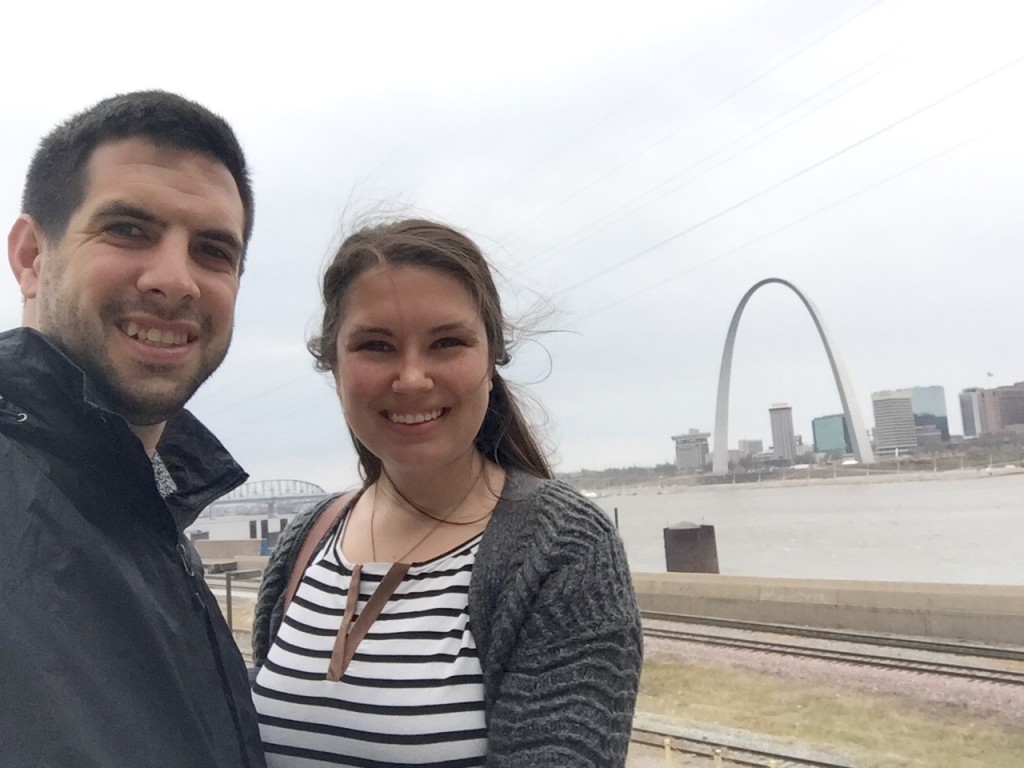 view of St Louis from Illinois! 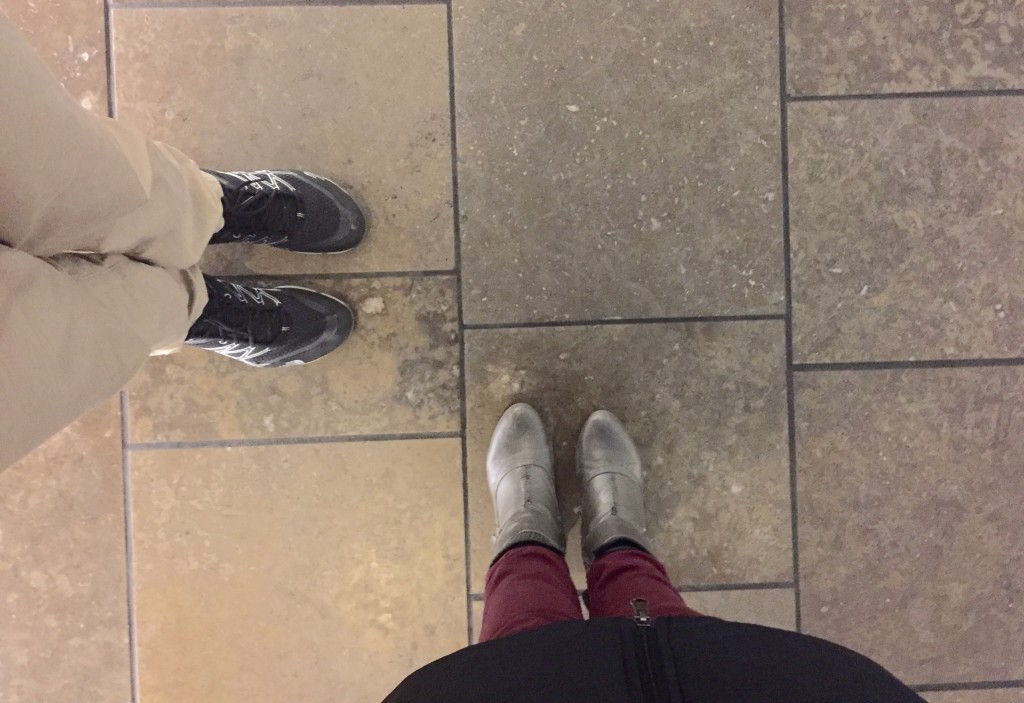 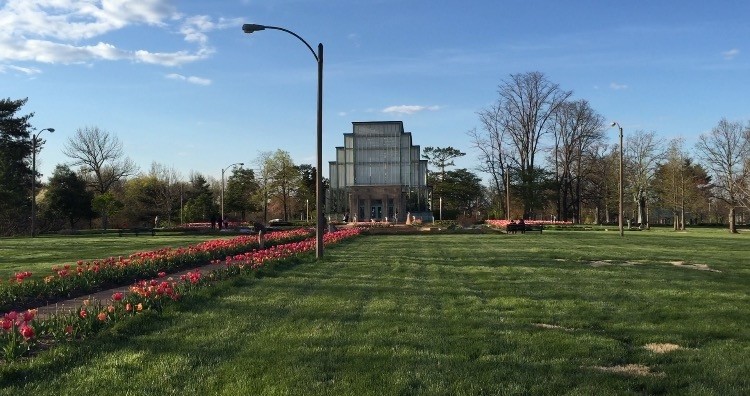 It was a really nice weekend away, and I’m so thankful for Dave and his want to adventure with me. I kow he gets frustrated by my over-planning, but I couldn’t imagine these trips with anyone else.

I am also trying my hand at vlogging (and clearly failing) because it’s on my 101 in 1001 list, so enjoy this terrible mashup of our weekend in St Louis 😉

Have you ever been to St. Louis?

I’m linking up with Lifes Sweet Words for Travel Tuesday