Things To Do: World of Coke 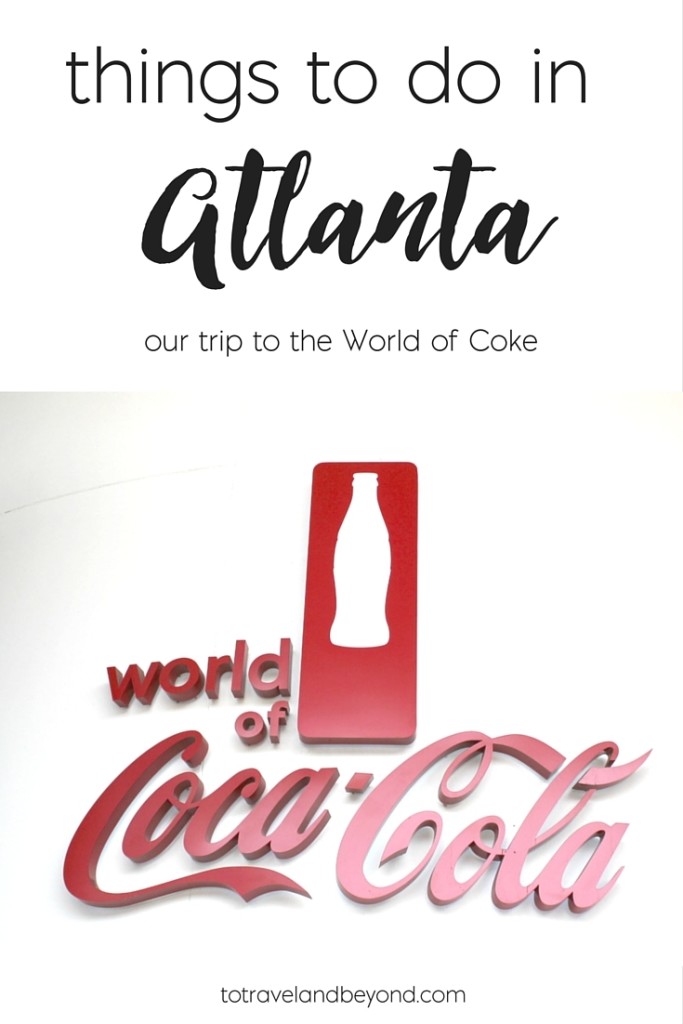 Back in December when we went to Atlanta for a weekend, we wanted to explore the World of Coke, because honestly, we love Coca-cola. As bad for your health it might be, there was always soda in our refrigerator, and 99% of the time it was Coke. Don’t you dare ask if we have Pepsi…and NO they don’t taste the same. Like when the waitress says “is Pepsi okay?” when you ask for Coke at a restaurant, I don’t even know how to respond.

With all of that being said, World of Coke was calling our name, especially my sisters. She is obsessed with coke, she even has a coke mini fridge in her room to store her supply (and hide it from our brothers) I knew this would be the perfect place to take her. I loved how close the WoC was to the Aquarium, they share a park and are right across from each other. This outside area is where your World of Coke experience begins with ornaments, displays and statues. Even a WoC cafe. 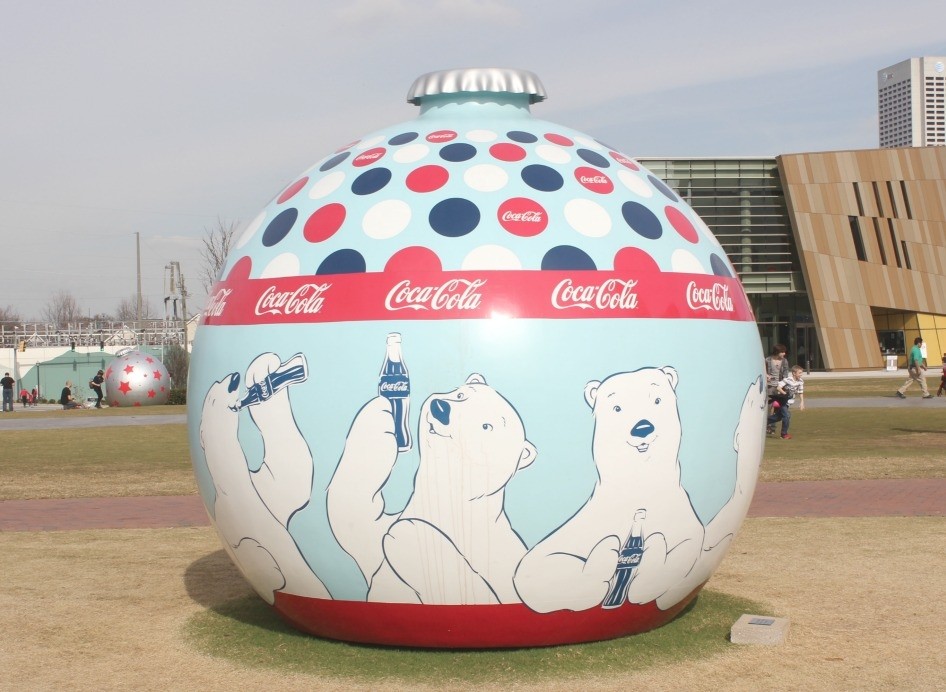 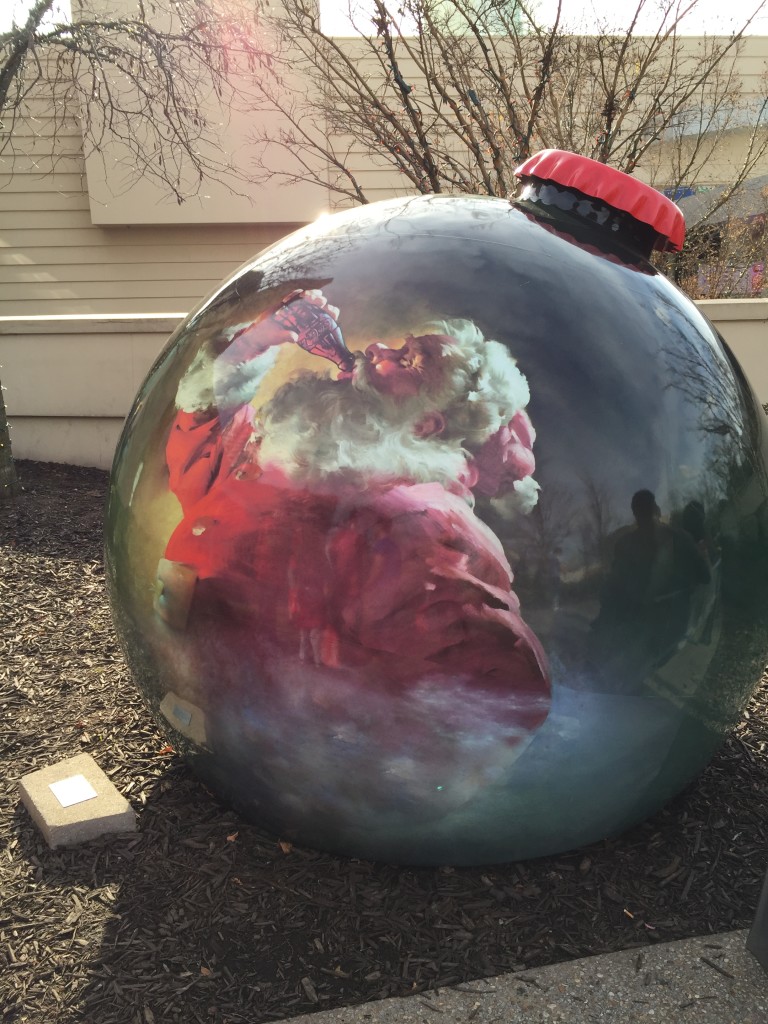 Once you buy your ticket into the building, you are directed into a room where you wait for the tour to begin. Along this walkway you will find Coke memorabilia, and since we were there during Christmas, they had red and white Christmas trees in the lobby. It is a very modern building, which is nice to see with such a classic thing like coke. 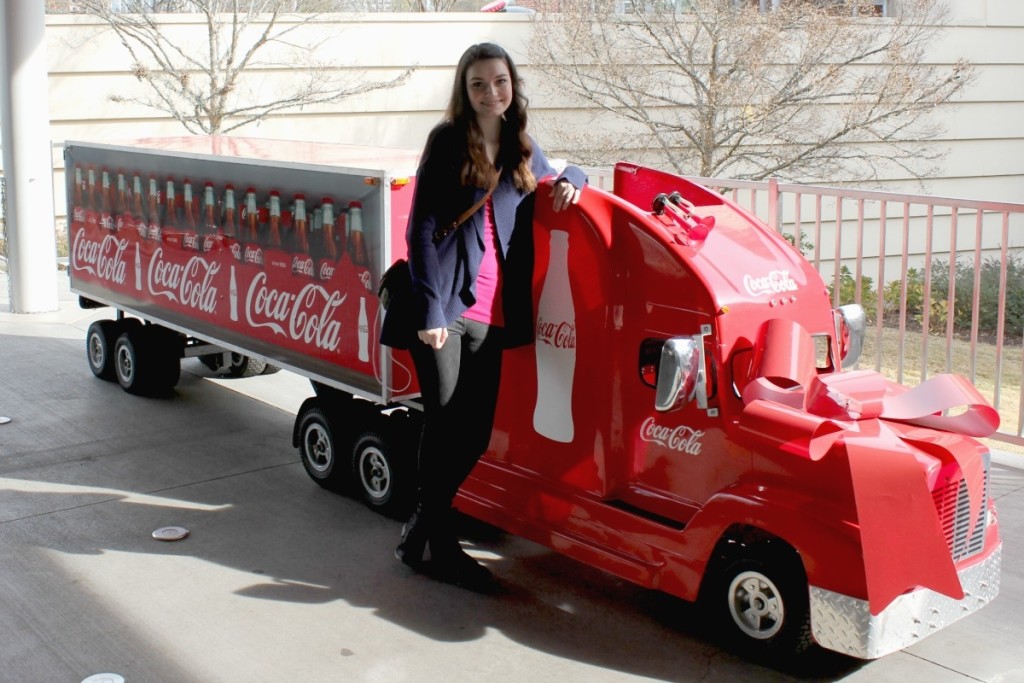 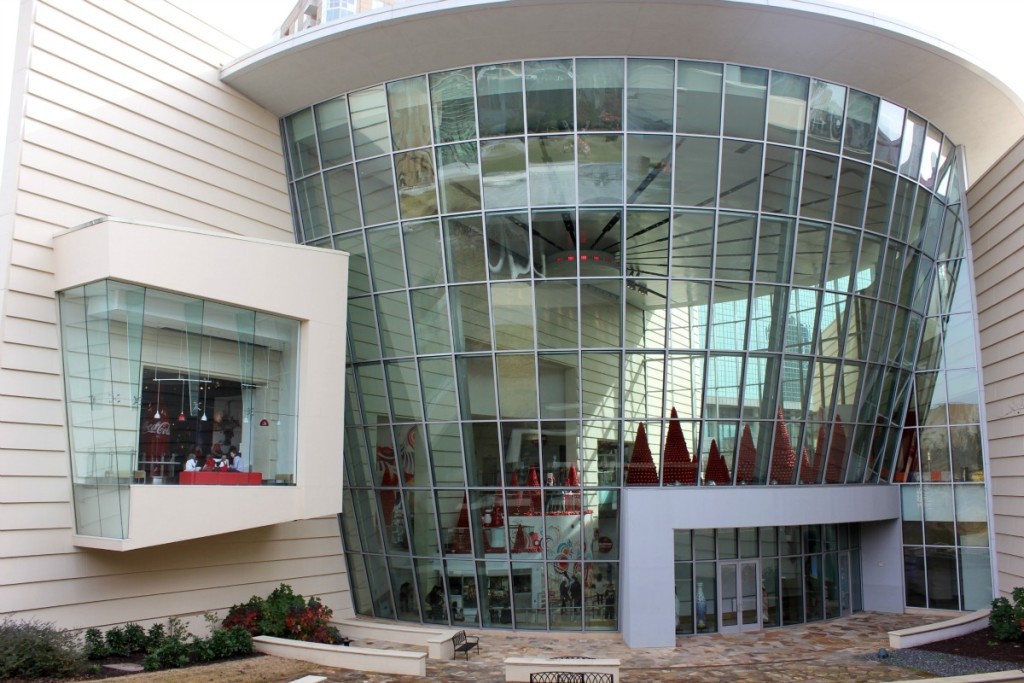 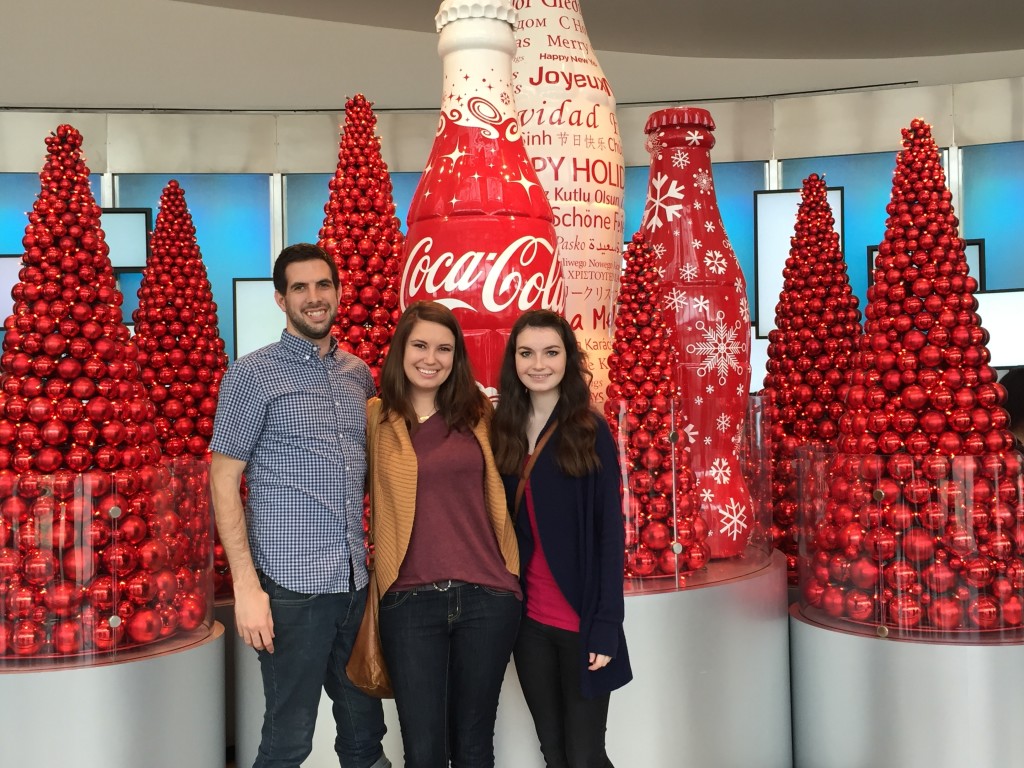 Every 15-minutes or so a new group of excited guests walk into a room full of old memorabilia, which is called The Loft. From all over the world, decades, and products, you will find all kinds of interesting things. They had one of the very first Coca-Cola dispensers, vintage lunch boxes, and huge signs that used to be on display at the original Coke factory. Our tour guide asked around the room to see who had come to visit from the furthest away, and it was amazing to hear that people really were from all over the world! China and Greece were two places that I can remember.

After the memorabilia tour, we were led into the Coca-Cola Theatre, which was also the last stop of our guided tour. A video started with memories of Coke and I’m not going to lie, I sobbed the entire way through. There were birth announcements, Army dads that surprised their families by coming home, a couple getting married and so much more. It was the most touching moment and all ended up as a “Coke moment”. I think I will have a Coke for the rest of my life!

Once the guided tour ended, we were let loose in the rest of the building. There were a lot of different areas, each with something new to offer. We first headed to The Vault, which is where you can learn all about the secret formula and how it came about. After over 125 years, the secret formula remains a secret, even though many companies have tried to mimic it and sell their own version. Nothing will ever compare! There were several interactive experiences throughout this exhibit, including a game similar to the kinetic at the end. 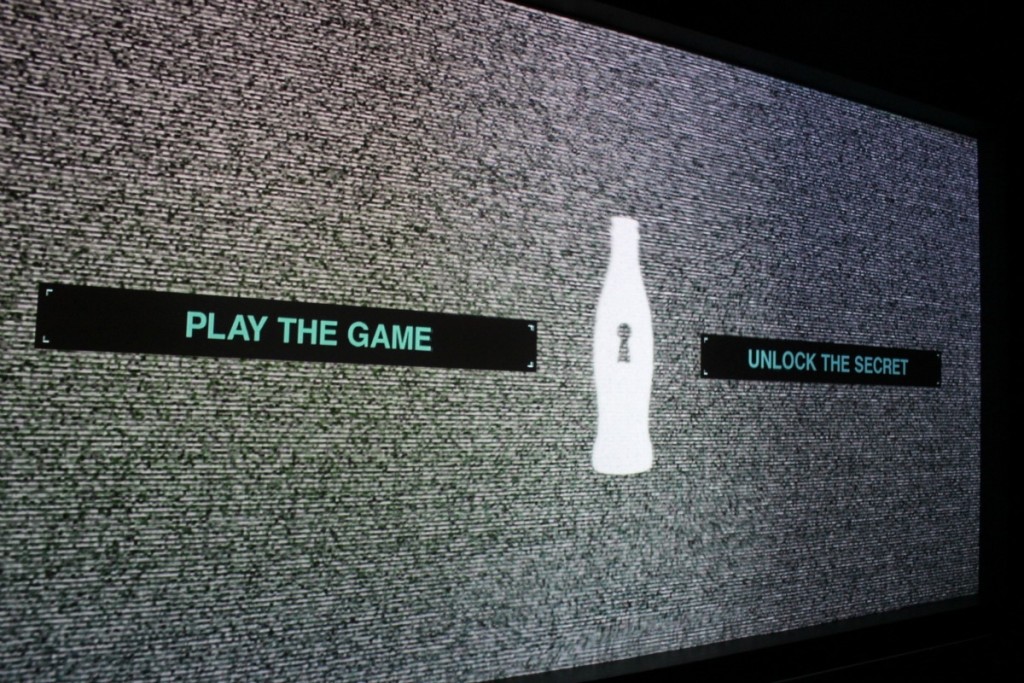 After our journey through The Vault, we needed to get our photo with the Coca-Cola Polar Bear. Thankfully we were right on time and the line wasn’t crazy long. The Bear was hilarious! Dave was using a cane at the time with his walking boot, and the bear was blaming me for it, and pushed me out of the first few photos. I somehow got back in his good graces and we were able to get a picture of all of us together. 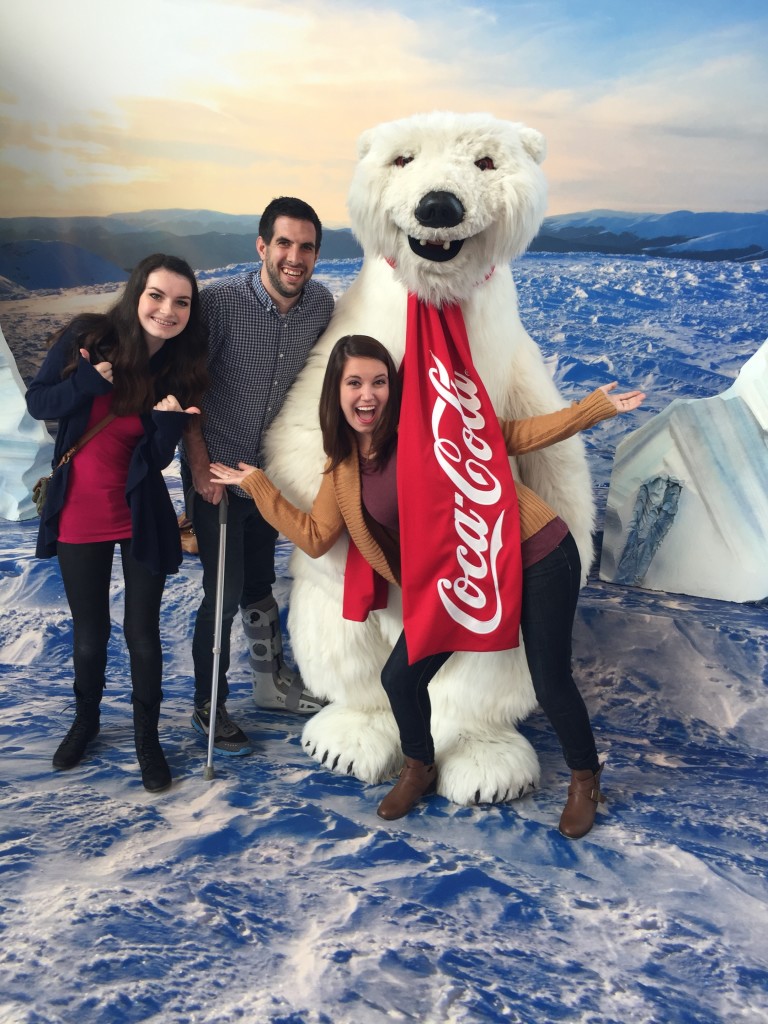 Also on the bottom floor, you can go through the bottle making process, and the Coke milestones room. Again, I thought it was so neat to see all of the progress that had been made since Coca-Cola was originally created. Coke is a part of history! In the bottle works area, you can see the way bottles were previously made and how they are created now. In the past, there was a big machine with a foot pedal that was used to put the cap on a bottle, that thing was tough! I can’t imagine putting hundreds of caps on, everyday. 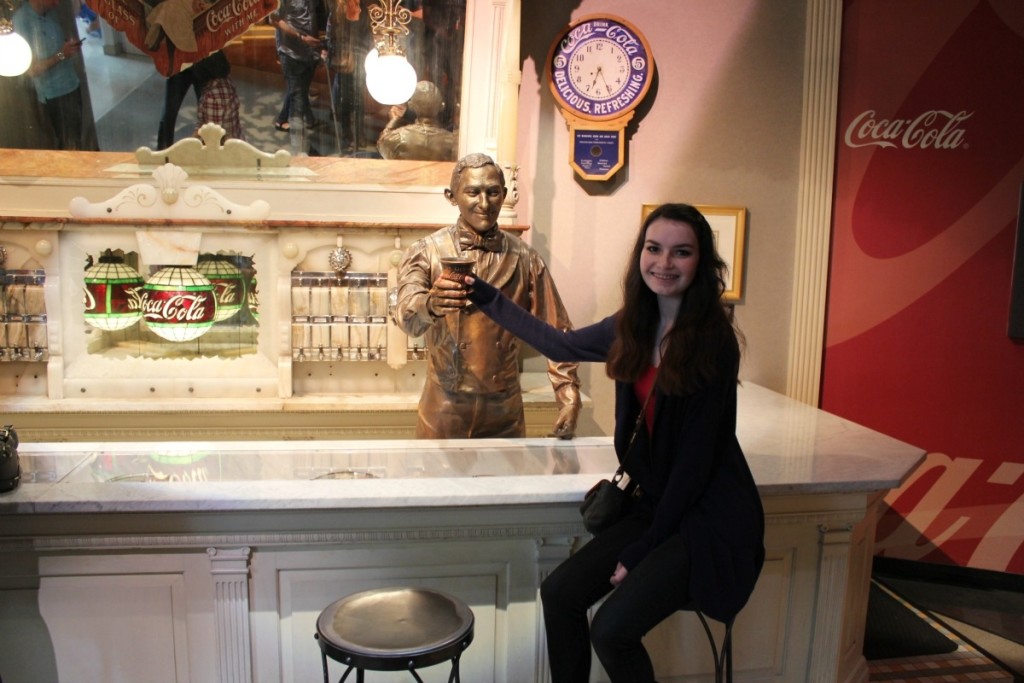 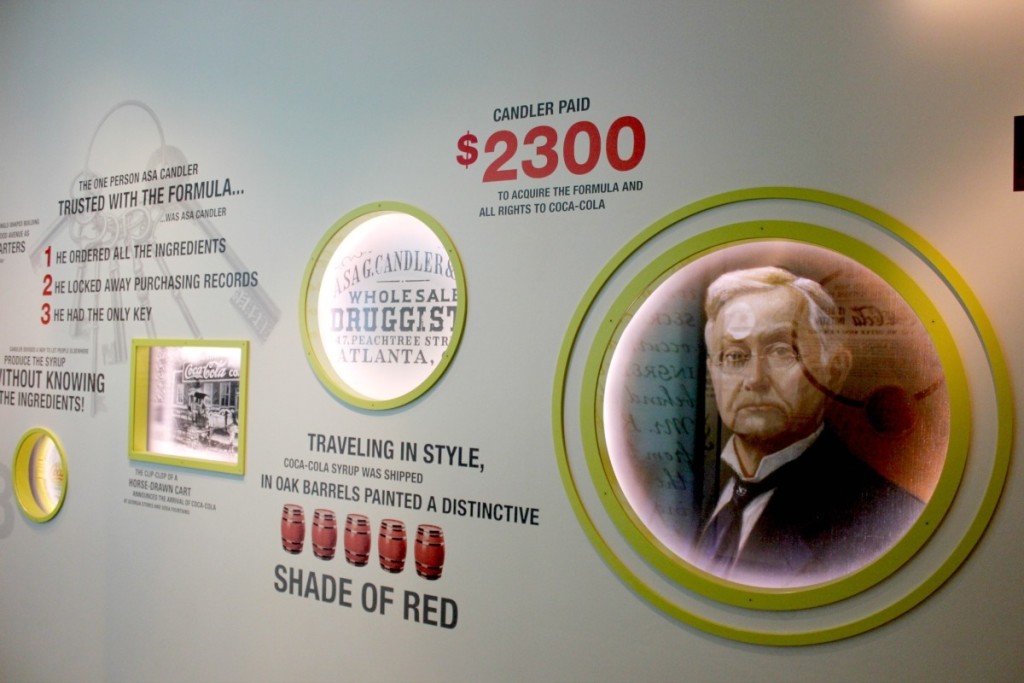 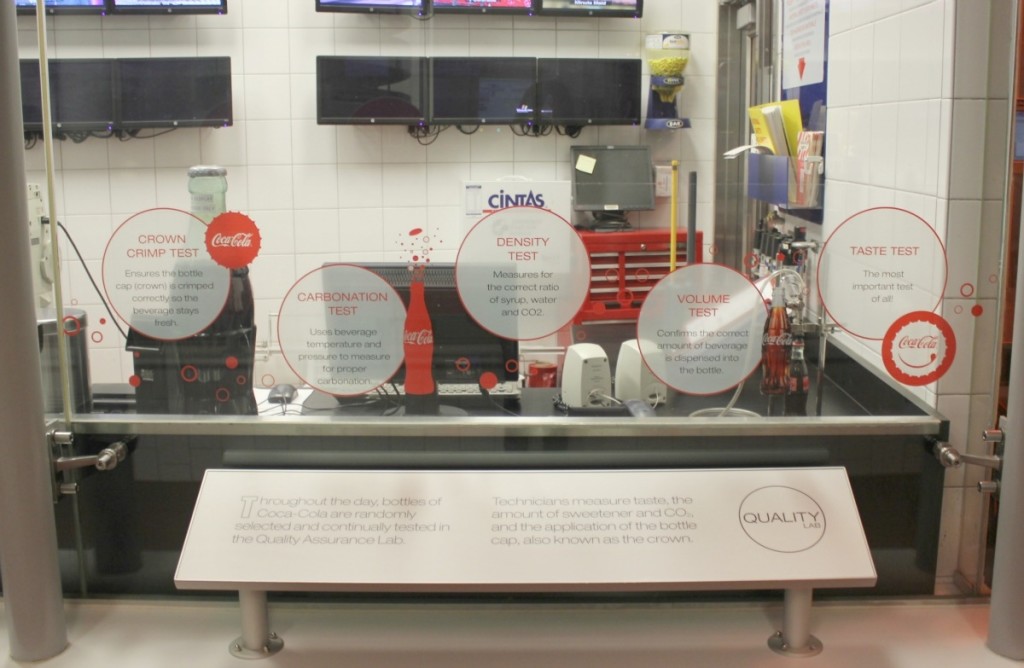 After we finished exploring the first floor, we went up to the 4-D theatre and the pop culture gallery. I thought these were both great additions to bring in modern themes to the exhibits. After the more serious and interactive-ness of the lower level, we were transported into the future of Coke and it’s products. You can step into a scene from American Idol, and take a photo among the modern green room, or take in the sights of the pop culture artwork.

Last but not least was our most favorite room…the tasting room! You can go on a trip around the world through various flavors of Coca-Cola sodas. There are more than 100 options for you to taste, and a few very famous options. Everyone will tell you to try the Beverly…it is terrible, but try it anyways! It originated in Italy as a non-alcoholic pre-dinner drink, and has been around since the late 60’s. It was discontinued in 2009, but you can still get a taste at World of Coke! 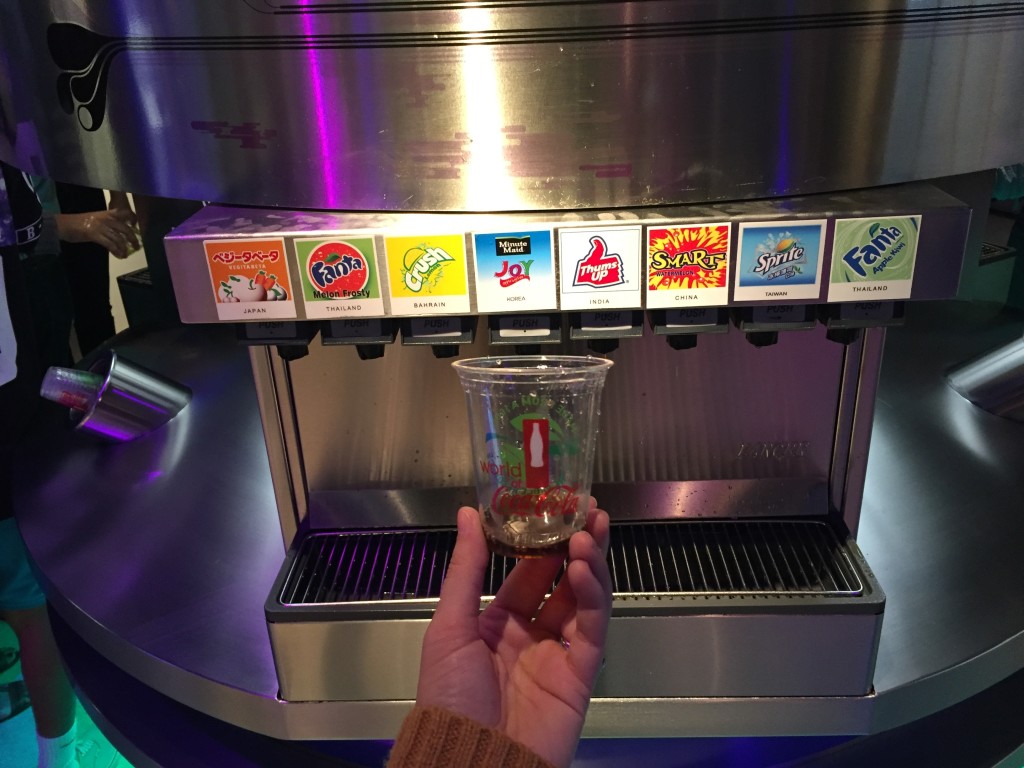 At the end of your journey through the world, you can grab a commemorative glass bottle of coke (fo’ free!) and enter the shop. We bought a few things to remember our trip, and were finished the entire place in about 3 hours. A perfect stop before dinner! 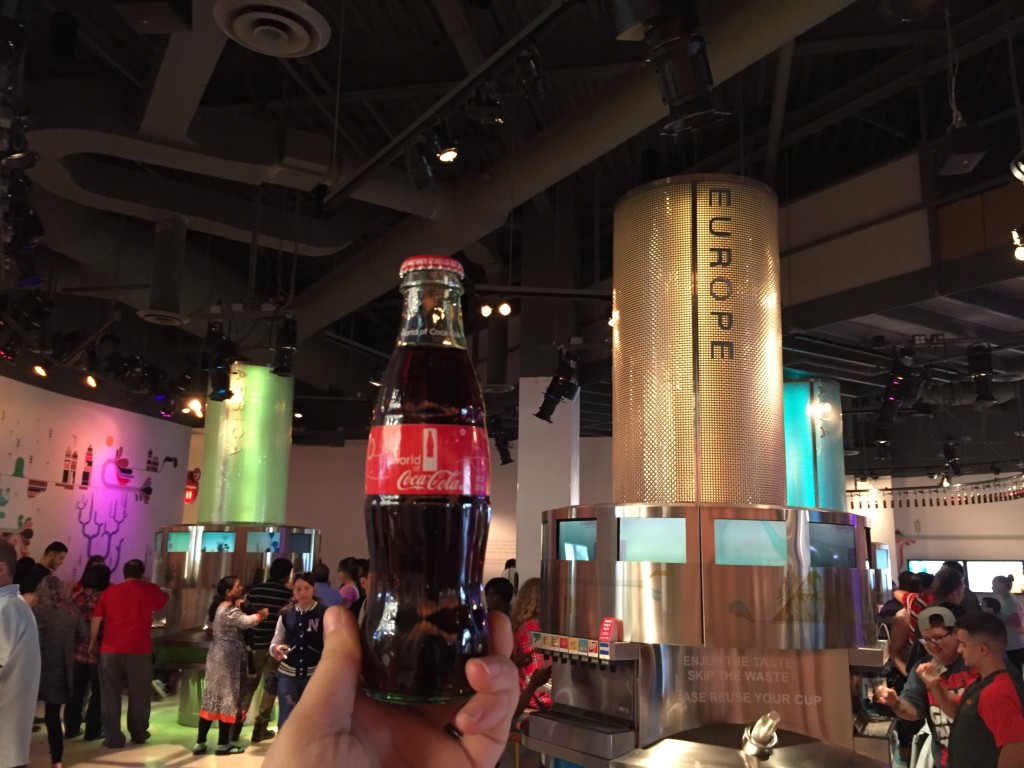 Have you ever been to World of Coke?