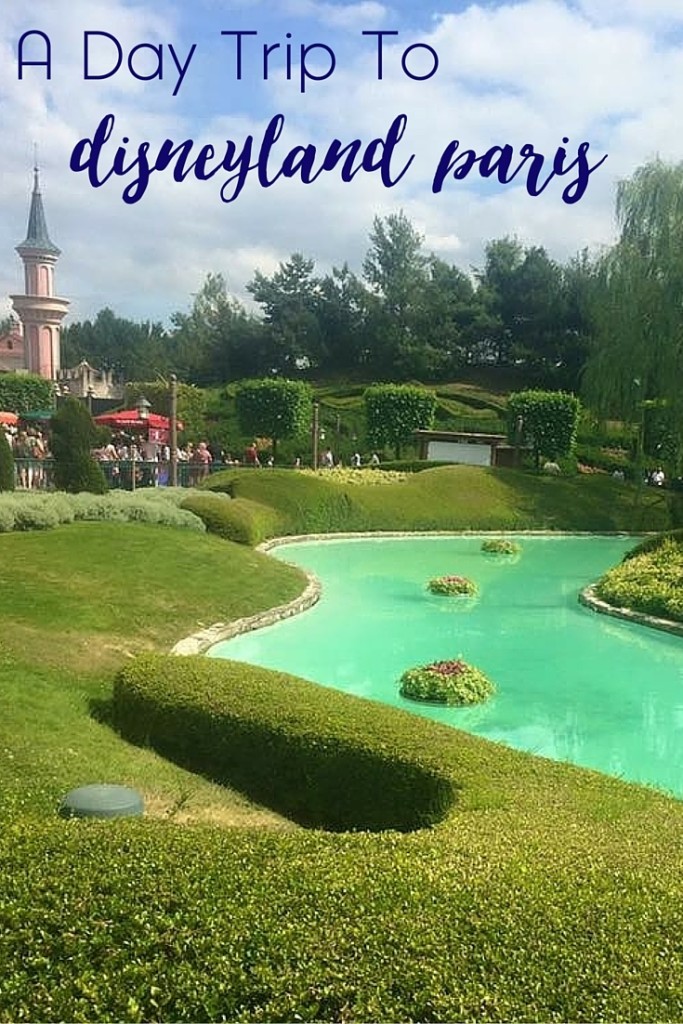 As you may have read last week, we made the trip to Disneyland Paris while we were on our honeymoon. We had a unconventional trip into the park, which you can read in my previous post. I had heard mixed reviews about this park- it was too far, too small, not enough to do, as well as- it had the Disney magic, great European influences, the perfect day trip. We decided that it was Disney, so it had to be nice and also why not see something we hadn’t seen before. We were actually able to get tickets for under 100 euros because our friends logged onto the website from their own computers. This is a great tip if you ever want to see Disneyland Paris, the tickets were 20 euros cheaper from using their computers instead of our American computers. I even tried going to the french version of the website and that still didn’t change the price. So don’t ask me how it worked, it just worked. 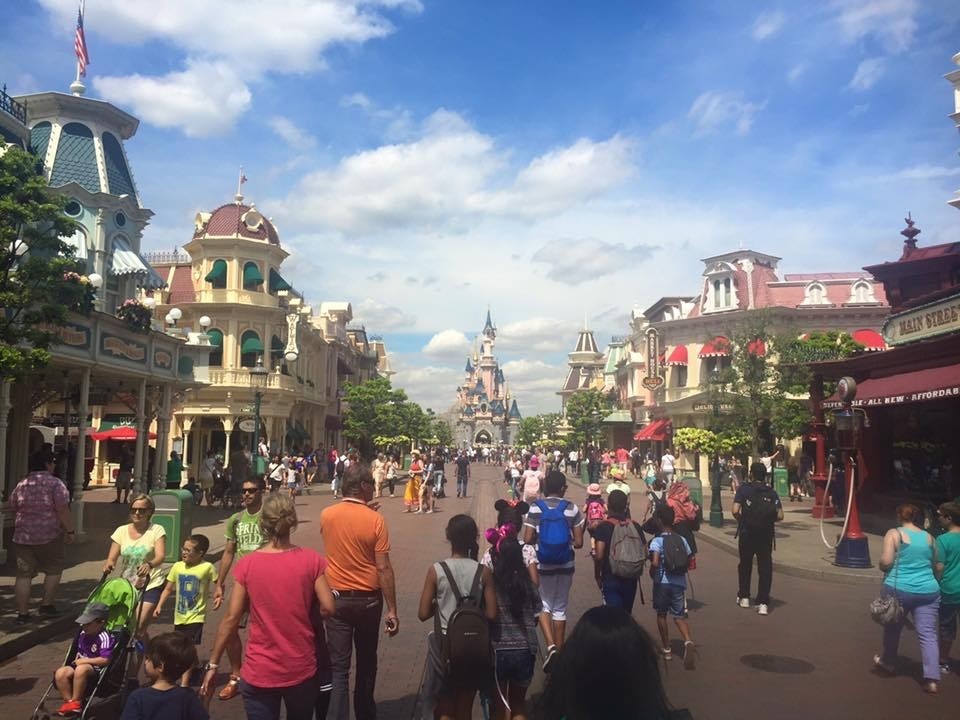 When we arrived, we basically had to go through airport security to get to the “Disney Village” portion, which is like Downtown Disney. There were so many people with huge suitcases and tons of bags, and also people with selfie sticks that were being confiscated. Once we made it through these gates, we were led into an area with shopping, Planet Hollywood, Rainforest Cafe, and other touristy things like the other Downtown Disney areas. This is also where the entrances to the two parks stood- Disneyland and Walt Disney Studios Park. We started at Disneyland, and since we had ordered our tickets the day before, had to go pick them up from guest relations. This desk was off to the right and there was zero lines at those entrances to the park.

The entrance and main street are very similar to any Magic Kingdom, with Sleeping Beautys castle at the end. That lucky gal has a castle in Paris and California, think the other Princesses are jealous? I heard rumors about the one in Paris being renamed to Elsas castle, which would have worked because there was a huge Frozen influence while we were there. There was even a Frozen parade at one point throughout the day. 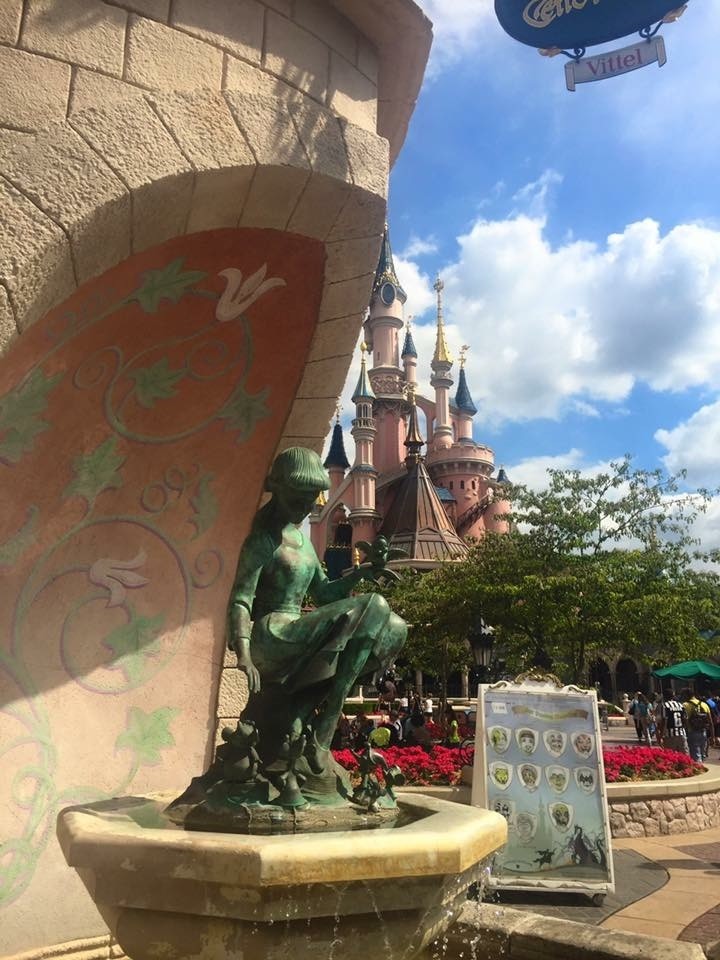 Disneyland Paris has a similar layout to the other Magic Kingdom parks, including Frontier Town, Adventureland, Fantasyland and Discoveryland. Before starting our walk through the park, we needed food! We had hot dog meals at Casey’s Corner and they were about 7 euros for each meal. Then we had to stop for photos in front of the castle.

After the photo opportunity, we began the walk to the Haunted Mansion.  Personally, I would skip this ride. Yes, it’s a Disney tradition but the format of the ride is very irritating. After waiting in line we got into our cars and were taken through a basic Haunted Mansion like the other Disney parks, however, this ride stopped every few seconds to tell you not to move about. It said something like “Ghosts are moving around, please keep all hands and arms inside the car”, first in English and then in French and then the ride would begin again. We heard this at least 20 times throughout, making the ride very long. I would love to know if this is a normal occurrence, if anyone knows, please let me know and I will edit this. 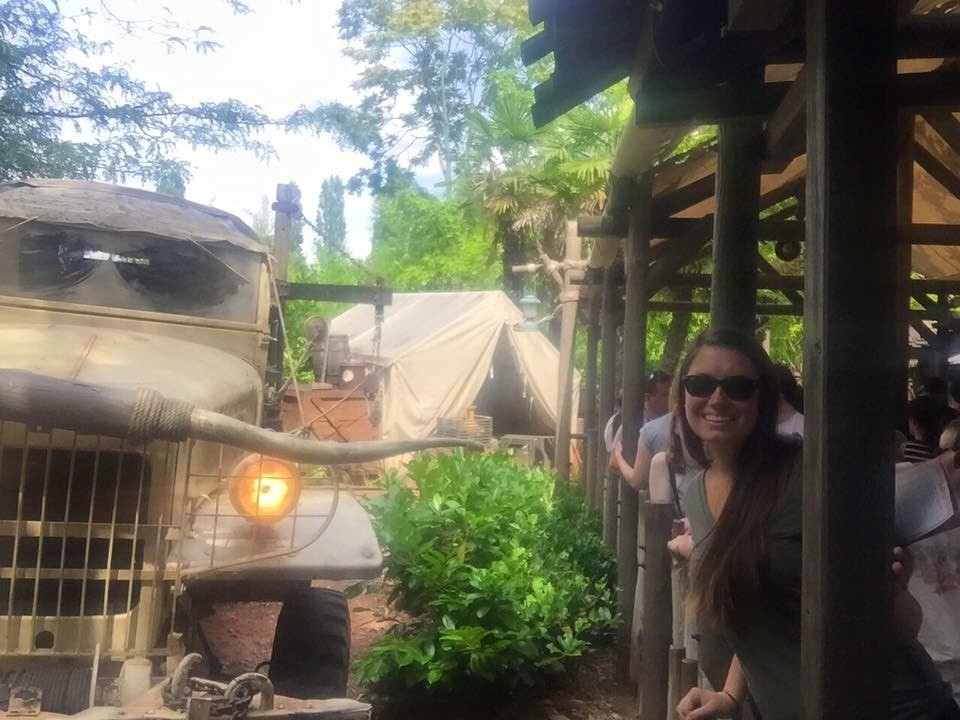 We then headed for Thunder Mountain, which was closed, thankfully it opened later in the day. Thunder Mountain was much longer and more awesome than we expected, all of a sudden we were under water and into the middle of the “river” on the mountain.  Next we hit Indiana Jones in Frontier Town before making our way to Adventureland. The Pirates of The Caribbean ride is one of my favorites, and was worth the long wait. Again, similar to the other Pirates rides, but we knew that most would be. There is also a large set-up called Pirate Galleon where you can walk around a “shipwreck”

There were several children rides in Fantasyland that looked so cute, and one ride that looked like an outdoor It’s A Small World and they had the original as well. This was my favorite designed portion of the park, it was beautiful and full of greenery. The Peter Pans flight ride is one of my favorites, unfortunately the line was over an hour long and we knew that we wanted to make our way to the other park before closing, so we skipped it. Fantasyland also had the teacups, carousel and Dumbo. 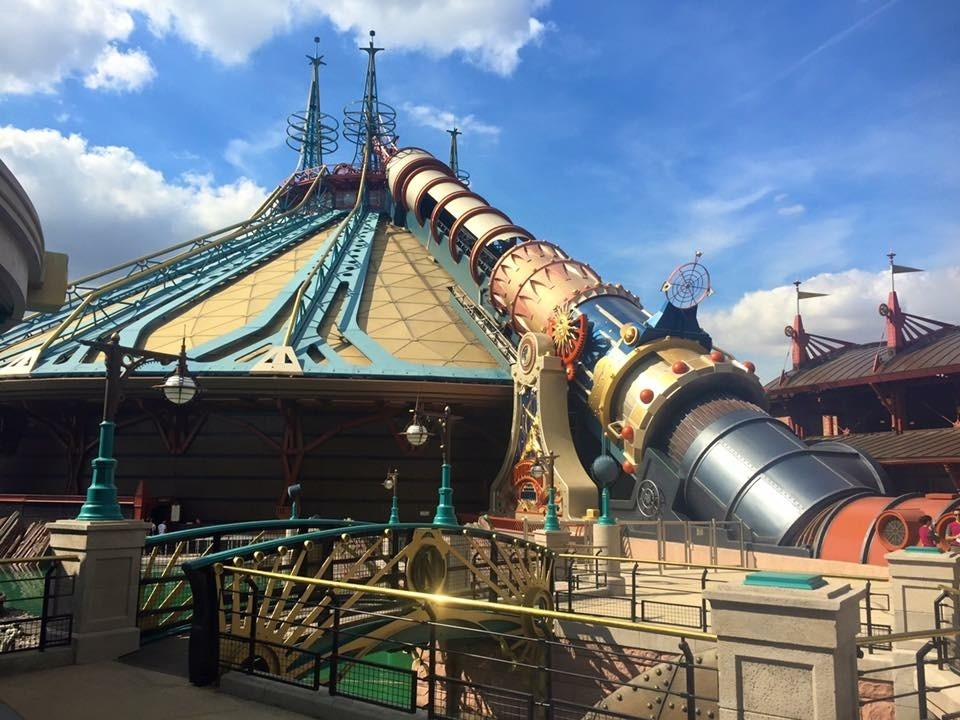 We then made our way to Discoveryland. Unfortunately, Space Mountain: Misson 2 was under construction (isn’t all of Europe?!)….until we walked by the entrance and a cast member just happened to open the door of the gate. We may have been the test dummies, but us and about 50 other people were let in to ride Space Mountain, talk about perfect timing. Inside of the loading area, there were signs all over for “Baltimore Gun Show”, it was nice to see a little of home before we rode to our death. The ride ended up being awesome, unfortunately we couldn’t ride it again. 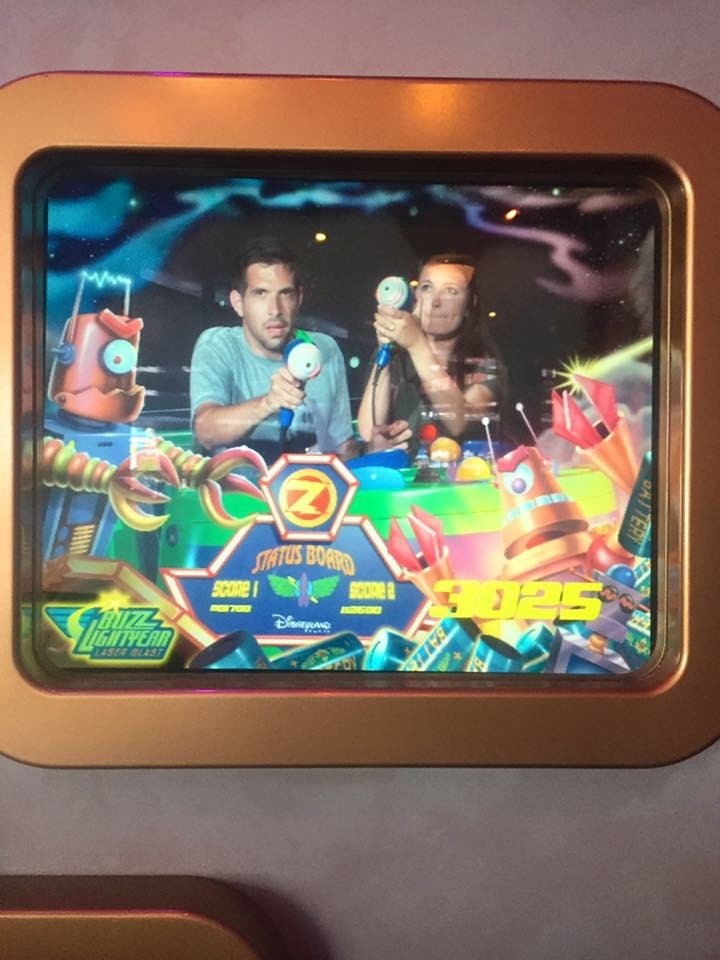 Discoveryland is also the home of the best ride- Buzz Lightyear. I was excited to ride this for the first time with Dave because we have called each other Buzz and Woody since we started dating. It’s also one of my favorite rides in General. I’m happy to say that I kicked Dave’s butt!

We decided we would skip the other rides like Autopia and Orbitron and make our way to Walt Disney Studio Park. But not before we watched the parade go down main street. We had perfect timing to see the parade and then head right to the exit and go to the other park. Which I will talk about next week! 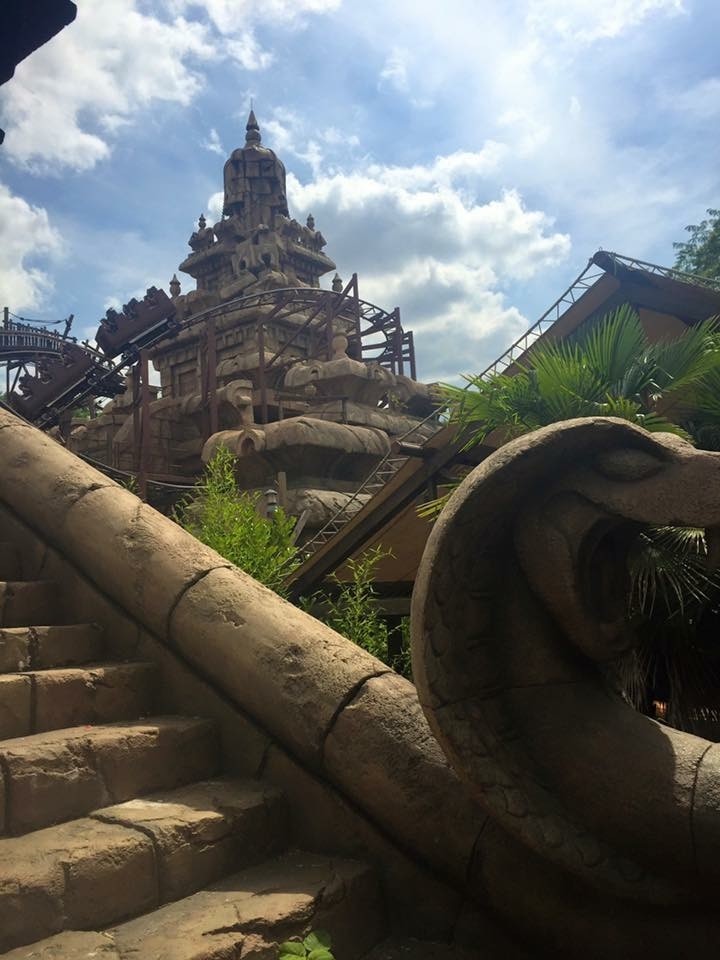 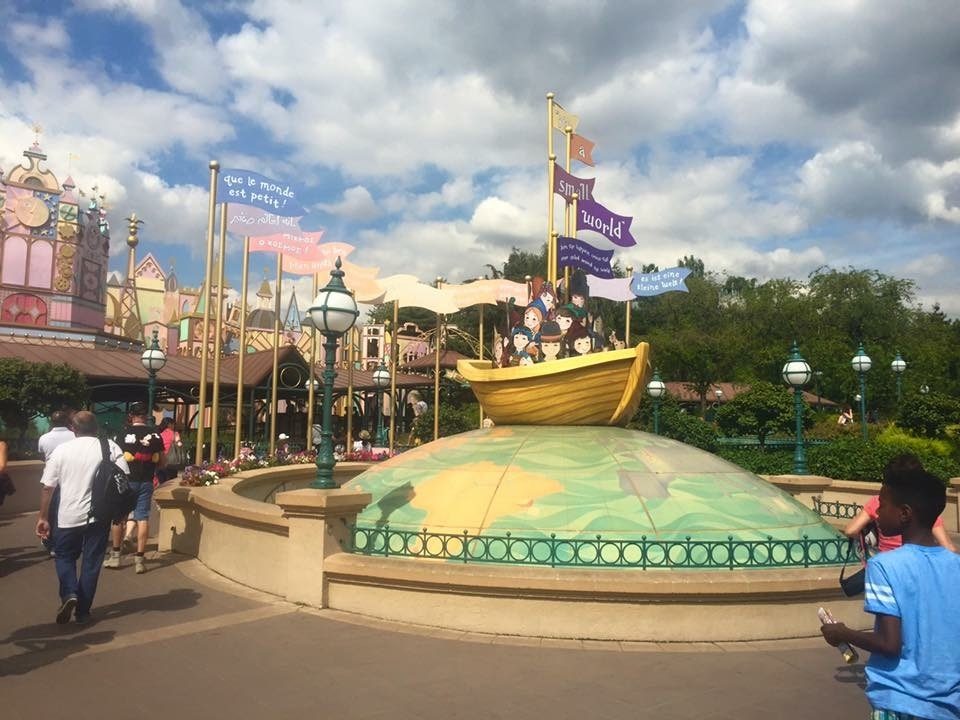 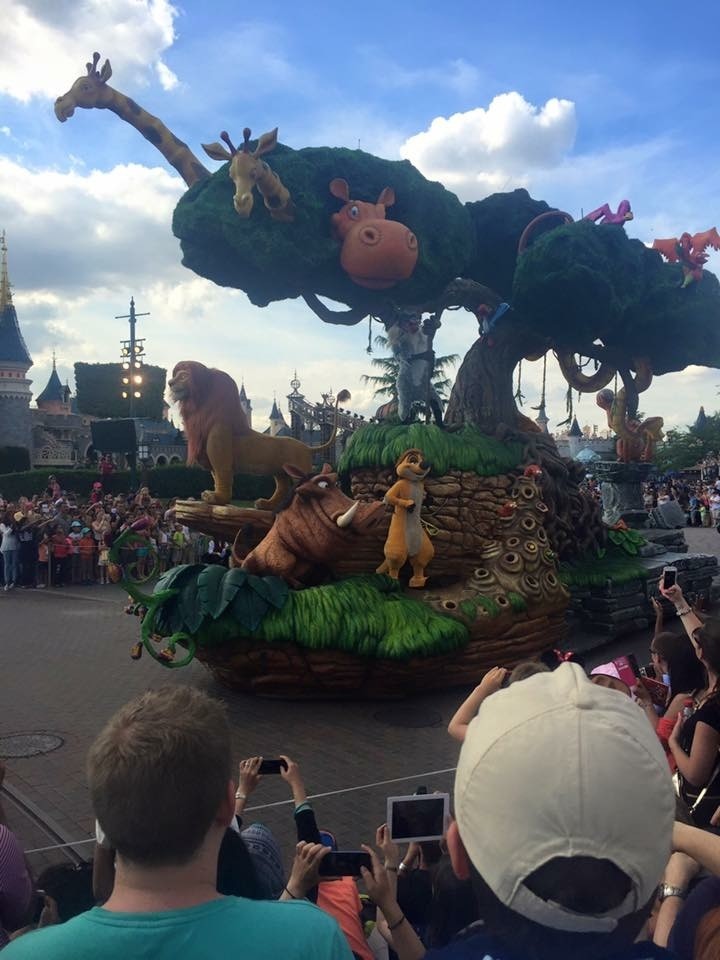 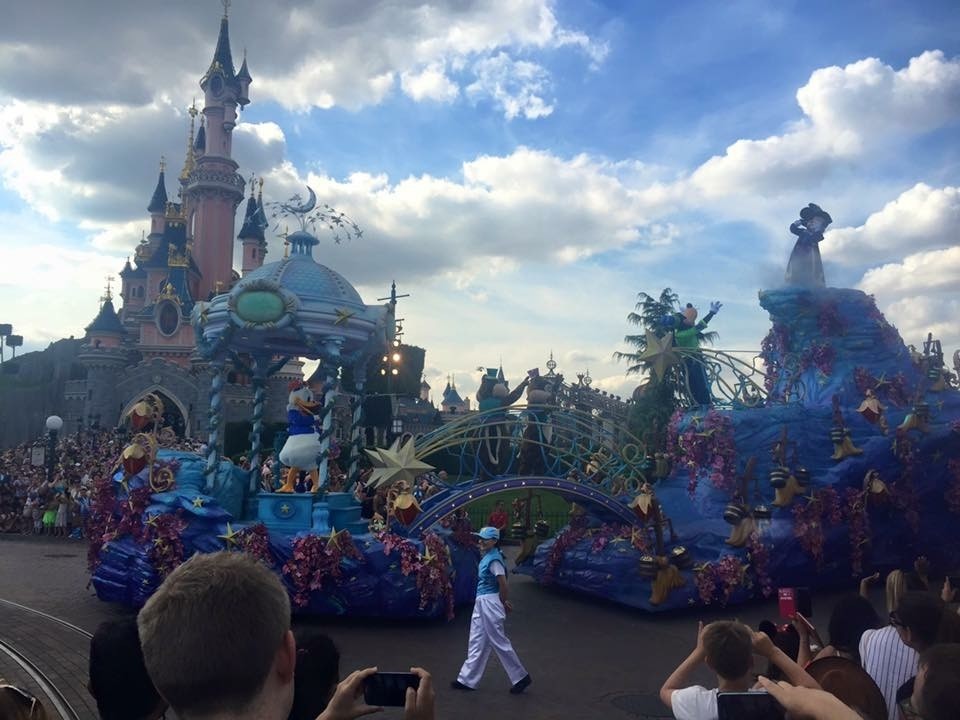 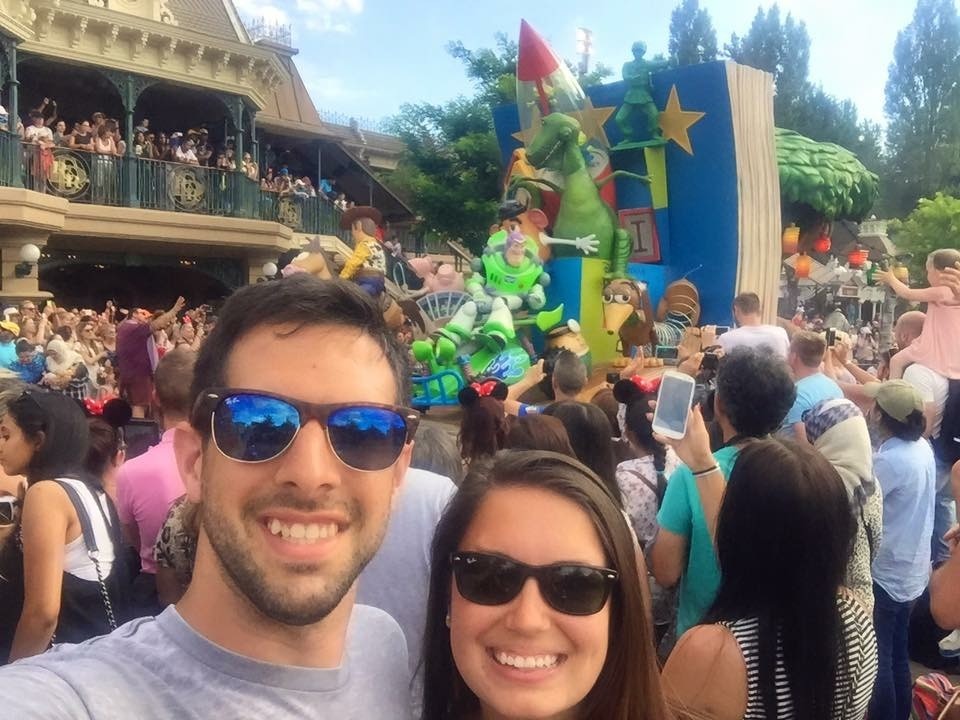 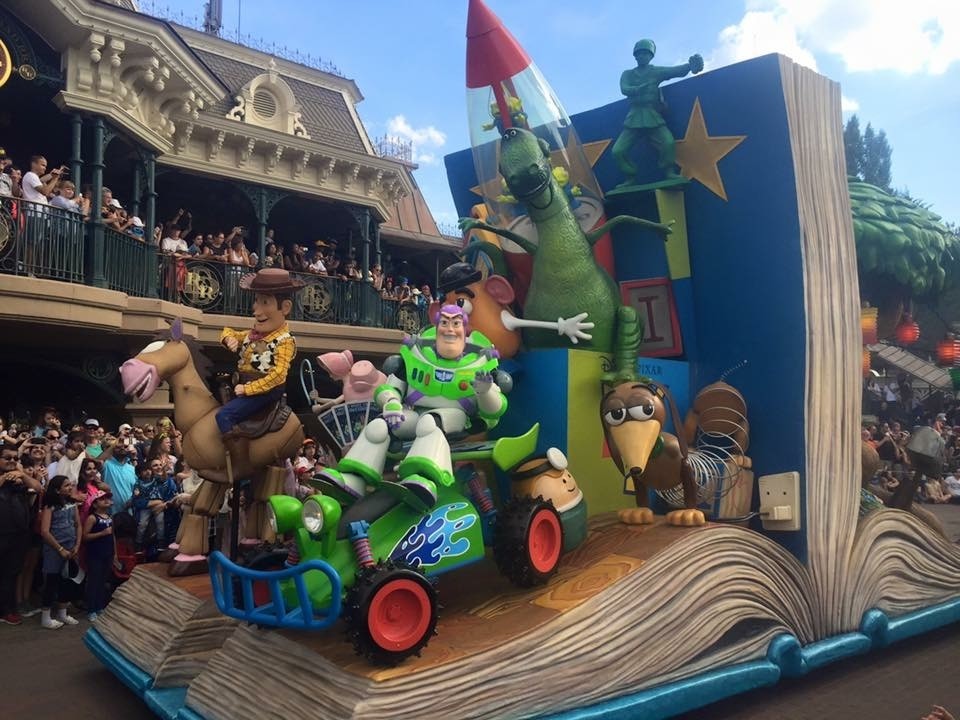